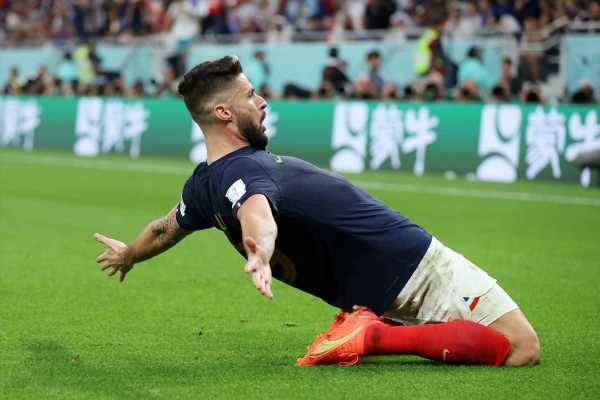 Giroud, 36, had drawn level with Thierry Henry on 51 after netting a double in the defending champions’ 4-1 win over Australia in their opening Group D game.

The AC Milan forward broke the record on his 117th appearance for France while Henry netted 51 times from 123 caps between 1997 and 2010.