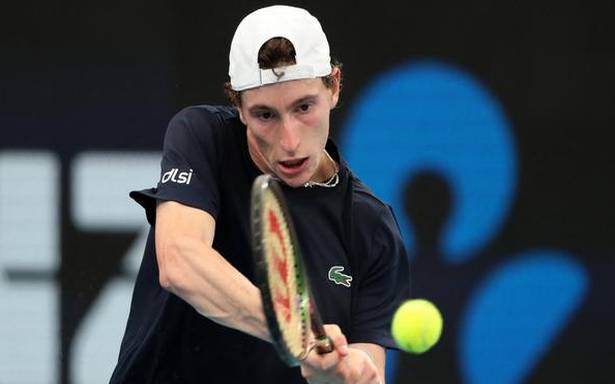 The U.S. Open champion broke for 3-1 in the decider, but Humbert hit back to put the set back on serve and was rarely threatened from then on

Russian Daniil Medvedev’s 2022 season opened with a stunning 6-7(5) 7-5 7-6(2) defeat at the hands of Frenchman Ugo Humbert after a three-hour dogfight on a steamy Ken Rosewall Arena at the ATP Cup on January 2.

The world number two had been expected to seal the Group B tie for the reigning champions after Roman Safiullin’s 2-6 7-5 6-3 victory over Arthur Rinderknech, but Humbert’s inspired display kept France alive at 1-1 going into the doubles.

"I tried to stay relaxed and stay focused on what I had to do. It was a great match."

Humbert came out firing winners and errors in equal measure and clung on tenaciously whenever it looked like Medvedev might get away from him.

Medvedev squeezed through the first set in a tiebreak but had to go the distance after giving up a 3-0 lead to cede the second set to the Frenchman.

The U.S. Open champion broke for 3-1 in the decider, but Humbert hit back to put the set back on serve and was rarely threatened from then on.

The Russian looked to have run out of both puff and patience in the final tiebreaker and Humbert secured the biggest win of his career on his second match point with a rasping backhand return.

Earlier, Canadian Denis Shapovalov was a late withdrawal from his singles match against American John Isner in Sunday’s other early tie at the $10 million men’s team tournament.

The world number 14 had been forced to isolate in his hotel room after a positive COVID-19 test upon arrival in Sydney.

"I just didn’t feel ready physically yet, so we did what is best for the team," said Shapovalov, who later took to the court to play doubles with Felix Auger-Aliassime.

That match was a dead rubber, however, as Isner had beaten Shapovalov’s singles replacement Brayden Schnur 6-1 6-3, before Taylor Fritz downed Auger-Aliassime 6-7(6) 6-4 6-4 to give the U.S. a 2-0 lead in the Group C clash.

Hosts Australia suffered a blow ahead of their opening Group B tie against Italy later on January 2 when James Duckworth was forced to withdraw with a hip problem. Germany face Britain in Group C in the other evening tie.