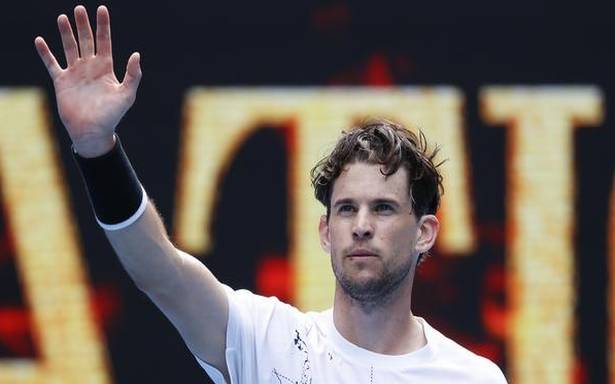 Kerber makes yet another first-round exit; Osaka lets her racquet do the talking

Fourth seed Dominic Thiem blew a two-set lead to be dumped out of Roland Garros in the first round by Spanish veteran Pablo Andujar on Sunday.

The 35-year-old Andujar staged a remarkable comeback to defeat the two-time Roland Garros runner-up 4-6, 5-7, 6-3, 6-4, 6-4 after almost four and a half hours on Court Philippe Chatrier.

It is the first time in his 17-year career that Andujar has come from two sets behind to win.

“It’s a very special moment because I’m 35 and I don’t know how long I’m going to play,” said Andujar. “I had to believe to be able to get this result.

“It was very difficult, in the third set he wasn’t quite as strong.”

It is Thiem’s first opening-round exit at Roland Garros and the first time he has failed to reach at least the quarterfinals of the tournament since 2015.

The Austrian lost both the 2018 and 2019 finals to 13-time champion Rafael Nadal, but did win his maiden Grand Slam title last year at the US Open.

Andujar, the World No. 68, had not beaten a top-10 player since 2015 until a win over Roger Federer in Geneva last week.

“Probably that win helped today,” he said. “I didn’t think I was in my best shape, but the belief was the key to the win today.”

It will be an especially bitter blow for Thiem, though, after the 27-year-old had been placed in the opposite half of the draw to Nadal, World No. 1 Novak Djokovic and Federer.

Dimitrov had won the first two sets 6-2, 6-4 and was up 5-1 in the third, holding three match points on the Giron serve. But he lost that set 5-7 and fell 0-3 behind in the fourth before withdrawing.

The 26th-seeded Kerber was beaten 6-2, 6-4 to Anhelina Kalinina, a qualifier from Ukraine ranked 139th and making her tournament debut.

Roland Garros is the only Grand Slam title that Kerber has not won, and she has frequently struggled on its red clay.

Her defeat on Court 14 on the opening Sunday was the eighth time in 14 appearances in Paris that she has exited in the first round.