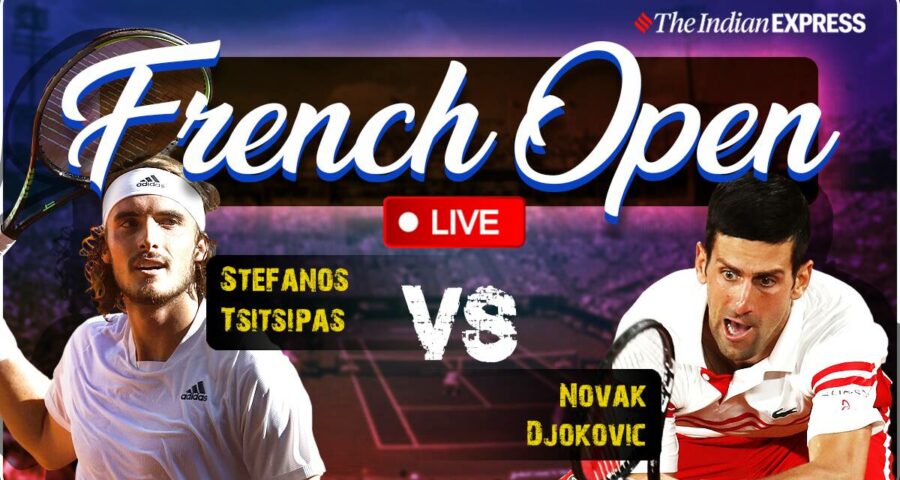 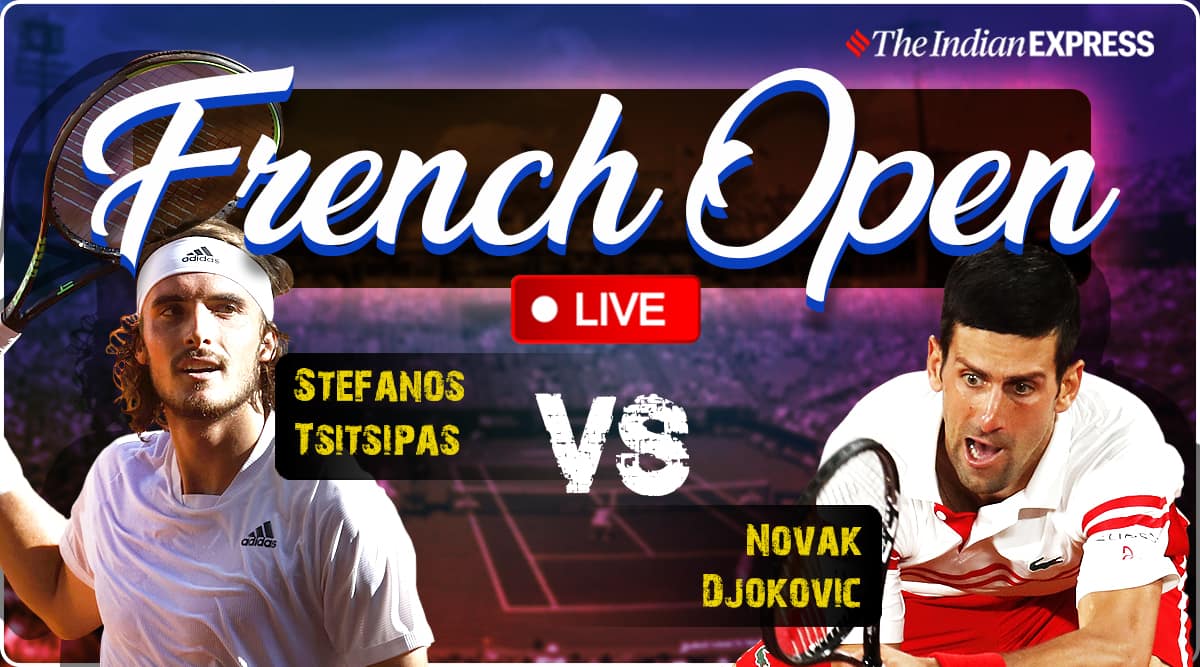 Roy Emerson and Rod Laver are the only other players who have won each of the four Grand Slams on two or more occasions. However, no one has achieved the feat since 1968.

Further, a second French Open trophy, after his 2016 triumph, on Sunday will also give the 34-year-old Serbian his 19th Grand Slam title – one short of Nadal and Roger Federer’s men’s record.

His challenger will be 22-year-old Tsitsipas who is bidding to become the first Greek to win a singles major.

Scroll down for live updates-

And the action begins. Tsitsipas serves first. But it’s the Serb who brings things to break point in the first game itself. But the Greek holds on to take the first game.

Meanwhile at Wembley, Phil Foden has struck the inside of the Croatian goalpost once in a torrent of English attacks. Croatia on the back foot for now. The third Balkan side in action in a big match today.

The two players have entered the Court Philippe-Chatrier.

It’s all advantage to the Serb here, but can the Greek announce himself on the biggest stage of them all?

After dethroning ‘king of clay’ Rafa Nadal at the French Open, Novak Djokovic will next face a first-time Grand Slam finalist in Stefanos Tsitsipas as the world number one bids to become the first man in the open era to win all four majors at least twice. His challenger will be a 22-year-old who is bidding to become the first Greek to win a singles major. Tsitsipas has long been marked out as a future Grand Slam champion and has already collected trophies from the season-ending ATP Finals and a Masters 1000 tournament. But he had drawn a blank the three times he reached the last-four stage at a major before Friday’s semi-final.

With Croatia taking on England in their opening Euro 2020 fixture at the same time, we apologise beforehand for not giving the attention to this French Open final as it deserves.

Novak Djokovic is two wins away from becoming only the third male player in history to win all four Grand Slams twice.

But concerns remain over his fitness after he suffered neck and shoulder problems during his four-set quarter-final victory over Spain’s Pablo Carreno Busta.

Djokovic defeated Tsitsipas in their only previous meeting on clay – the final of the 2019 Madrid Open.