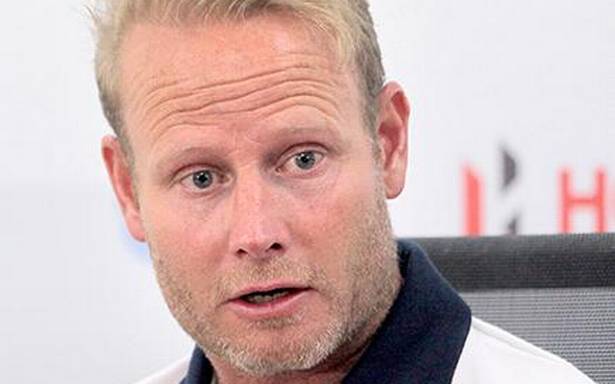 The Indian women’s hockey team will be appearing in its second consecutive Olympics at Tokyo and coach Sjoerd Marijne insists the team’s focus is firmly on realising its optimum potential.

“The team’s focus has grown in the last few years, but the really important moments were the matches against Argentina. It’s not just about the mindset but also about good results. Against Argentina, I showed them that we entered more in their circle and created more opportunities but they scored more.

“I am not making things up, only showing them the reality that we were creating more chances than Argentina. Their confidence has grown and there is belief that we are going to the Olympics not just to participate but to achieve something,” the Dutchman said during a virtual interaction on Thursday.

But while expectations are high, Marijne also believes in tempering them with reality. “If we are realistic, only three teams are ranked below us at the Olympics, so I don’t know what the expectations are based on. Probably because we have done well in the last four years. We are focusing on reaching the quarterfinals and from there anything can happen.

“That doesn’t mean we are not good enough, just that we are realistic.”

“At the same time, if we do not make the quarters, I will not be disappointed in the girls. I will be only disappointed for them because I see how much they put in every day,” he said.

Asked about handling the pressure of Olympics, captain Rani Rampal said the team had got used to it.

“Pressure is always there, even on those who may have already won Olympic medals, but now we have learnt to handle it. Janneke (Schopman) has been working with us to stay calm and in control and it has helped a lot,” she said.

Marijne was also categorical about his team selection. “Picking a team for the Olympics is not about the last 3-4 months, but the past four years. I don’t think a few extra matches would have done much to change my mind about the team.”