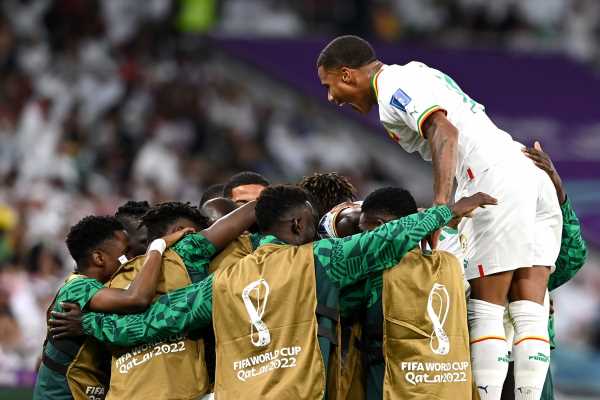 Boulaye Dia gave Senegal a 1-0 lead over Qatar at the break in their World Cup Group A clash at the Al Thumama Stadium on Friday, a game in which both sides could do with a victory after losing their opening fixtures. The Qataris were denied a penalty when Senegal’s Ismaila Sarr appeared to bundle over playmaker Akram Afif towards the end of the first half, but they were punished when Boualem Khoukhi made a mess of his clearance and Dia pounced to score.