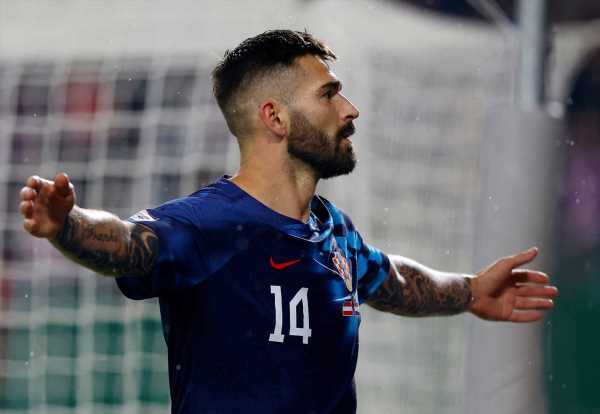 Croatia forwards Bruno Petkovic and Marko Livaja said the team thrives on being considered underdogs and warned on Saturday that the 2018 World Cup runners-up have what it takes to reach the final again.

Coach Zlatko Dalic’s side were surprise finalists in Russia and lost 4-2 to France but few have predicted the ageing team, led by 37-year-old talisman Luka Modric, will do as well in Qatar.

“We don’t really care about these predictions, we don’t listen to that or read that,” Petkovic said.

“We just need to take it step by step. At the end of the tournament, we will see who was right.”

Livaja added: “I think we have a very good chance of repeating something similar to what we did in Russia.”

Petkovic and Livaja will be playing at their first World Cup but they welcomed the challenge of representing the national team ahead of Wednesday’s Group F opener against Morocco.

Dinamo Zagreb striker Petkovic, 28, was part of Croatia’s Euro 2020 team that reached the last 16, while Hajduk Split’s Livaja, 29, is headed to his first major tournament.

“It’s a different feeling to the Euros which were held during the COVID-19 pandemic. The World Cup is an even bigger competition so we’re all very excited,” Petkovic said.

“The competition for places in the team is very high (due to) the quality in our squad. I won’t put any extra pressure on myself. We all have the same goal and that’s for Croatia to be as good as we can be.”

Livaja missed Croatia’s friendly with Saudi Arabia on Wednesday after picking up a knock and has not trained with the team for the last two days, but he said the injury was not serious and he hoped to return to training on Sunday.

“It’s a great honour to be representing Croatia,” added Livaja, who has racked up 52 goals in 78 games for Hajduk in the Croatian top division.

“My first goal is to recover from the injury and then to help the team if called upon.”