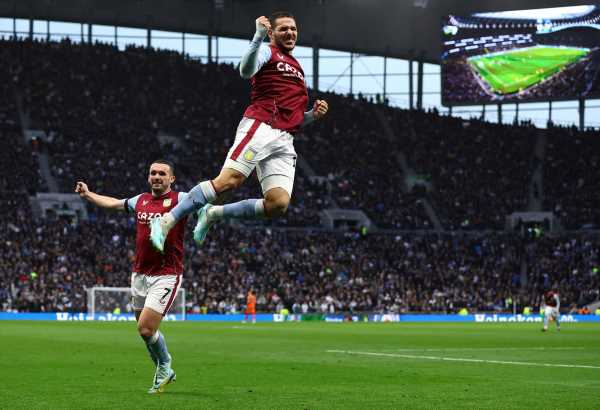 Tottenham Hotspur’s hopes of regaining their place in the Premier League’s top four were scuppered as they suffered a demoralising 2-0 home defeat against Aston Villa on Sunday.

Antonio Conte’s lacklustre side were devoid of inspiration throughout the contest and were punished after the break by goals from Emiliano Buendia and Douglas Luiz.

Tottenham’s France keeper Hugo Lloris, playing his first game since losing the World Cup final, was at fault for Buendia’s 50th-minute opener. And when Luiz added a second in the 73rd minute, home fans began streaming towards the exits. Chants against Tottenham chairman Daniel Levy rang out and it could have got worse as Villa sauntered to only a third win in their last 22 Premier League clashes with the Londoners.

Tottenham were booed off at the final whistle as defeat left them in fifth place with 30 points from 17 matches, two points behind Manchester United who have a game in hand and 13 behind local rivals and leaders Arsenal.