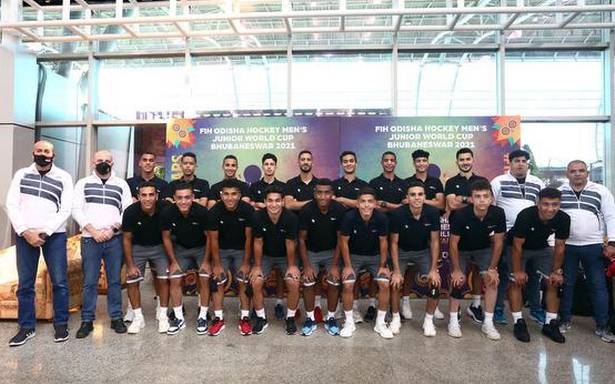 Egypt has made nine appearances in the men’s hockey Junior World Cup — with a best of ninth at Milton Keynes in 1997 — but has never played in a senior World Cup.

Abu Talib Maggid, the Egypt head coach at the ongoing JWC at the Kalinga Stadium here, shared his ideas on why the African nation always struggled to make an impact in the sport.

“We miss the process. It cannot happen overnight. You have to invest and wait for the result. We have played in two Olympics (1992, 2004) but no senior World Cups,” Maggid said during an interaction with The Hindu.

“Africa has one place in the senior World Cup and two places in the junior. This could be one of the reasons (for several JWC appearances).

“We have to be the strongest in Africa to get into the senior World Cup,” he said.

Egypt had the ignominy of suffering one of the biggest defeats at the current JWC when it lost its Pool D match to Argentina 14-0.

However, Maggid took lessons from the crushing defeat and guided his team to a better performance, a 3-1 loss, against Pakistan.

“This is the first-ever foreign exposure for them. This is a promising team. We get six matches here, they will learn with each match,” said Maggid.

“Owing to the unusual pandemic situation, we could barely manage 14 practice sessions.

“In two-three years this will prove to be a very good build-up for (producing) more senior players for the national team,” he said.

The hockey fraternity needs to strive to raise the popularity of the game in his country, Maggid added.