Last month in an Instagram post, Neeraj had said that he has decided to take some time off. He also said that he will come back in 2022 to compete in the Asian Games and Commonwealth Games 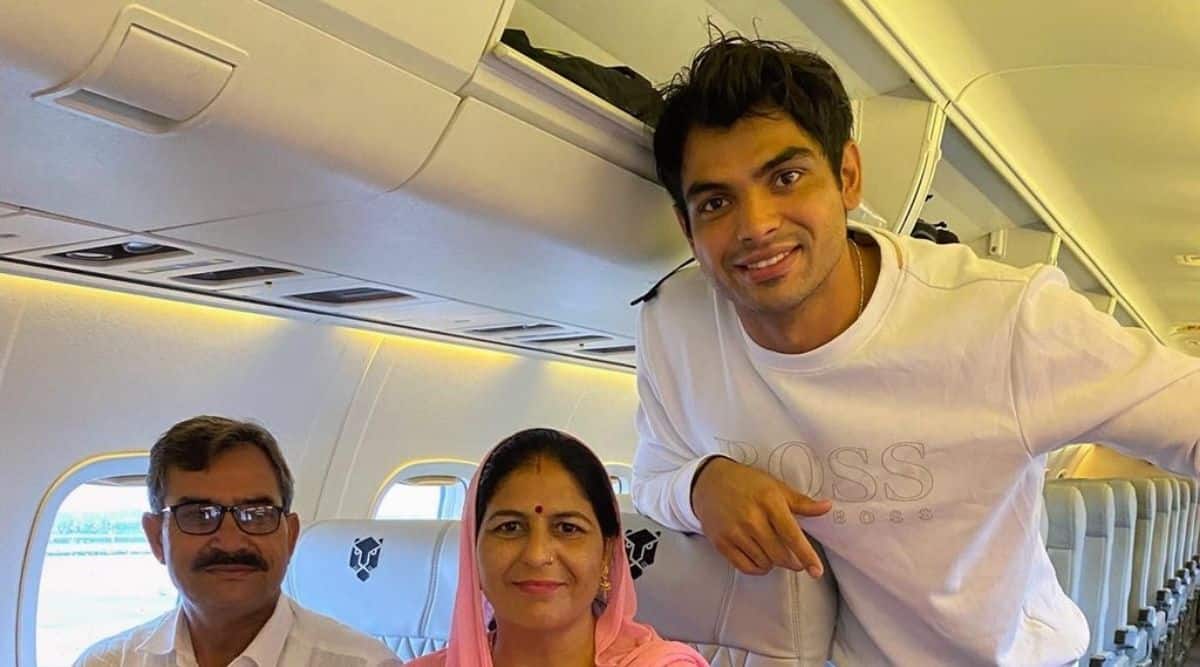 It’s difficult to stay grounded after you have won an Olympic gold medal but that is where Neeraj Chopra differs from your average joe. Like any other son, all he wants to do is make his parents proud and that reflected on his Twitter post on Saturday when he shared photos of himself and his parents on a plane.

He captioned it “A small dream of mine came true today as I was able to take my parents on their first flight.” This could have been a post by anyone you have known personally and this simplicity is the reason that he feels so close to home than most.

Last month in an Instagram post, Neeraj had said that he has decided to take some time off. He also said that he will come back in 2022 to compete in the Asian Games and Commonwealth Games.

“Firstly, I want to thank everyone for the love and affection I have received since I came back from Tokyo. I have honestly been overwhelmed by the support from across the country and beyond, and am short of words to express my gratitude to you all,” the javelin thrower wrote.

He added, “The packed schedule of travel and a bout of illness has meant I have not been able to resume training since Tokyo and therefore, along with my team, have decided to cut short by 2021 competition season to be able to take some time off, recharge and come back stronger for a packed 2022 calendar which includes the World Championships, Asian Games and Commonwealth Games”

Neeraj threw 87.02 metres in his first attempt but bettered his record in the second essay with a distance of 87.58m in the mega event to pick the gold at Tokyo Olympics.