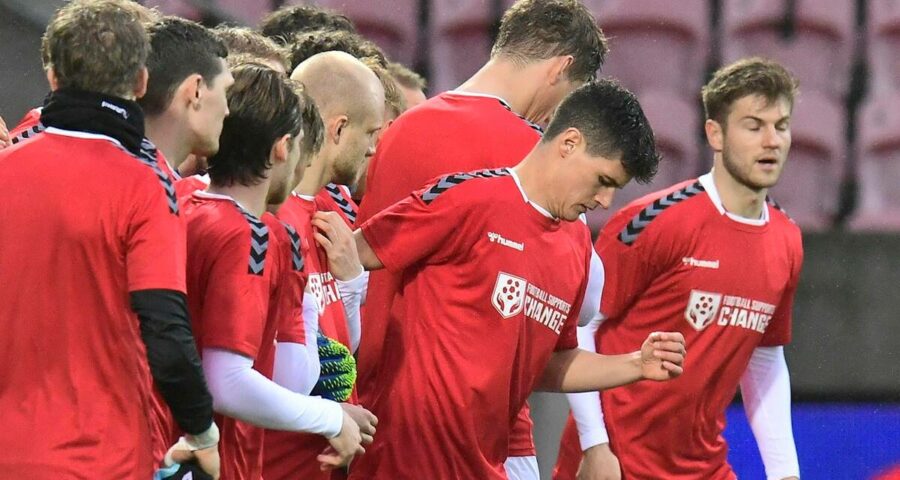 The Danish soccer federation said the shirts will be signed and auctioned to raise money for projects with Amnesty International that help migrant workers in Qatar. 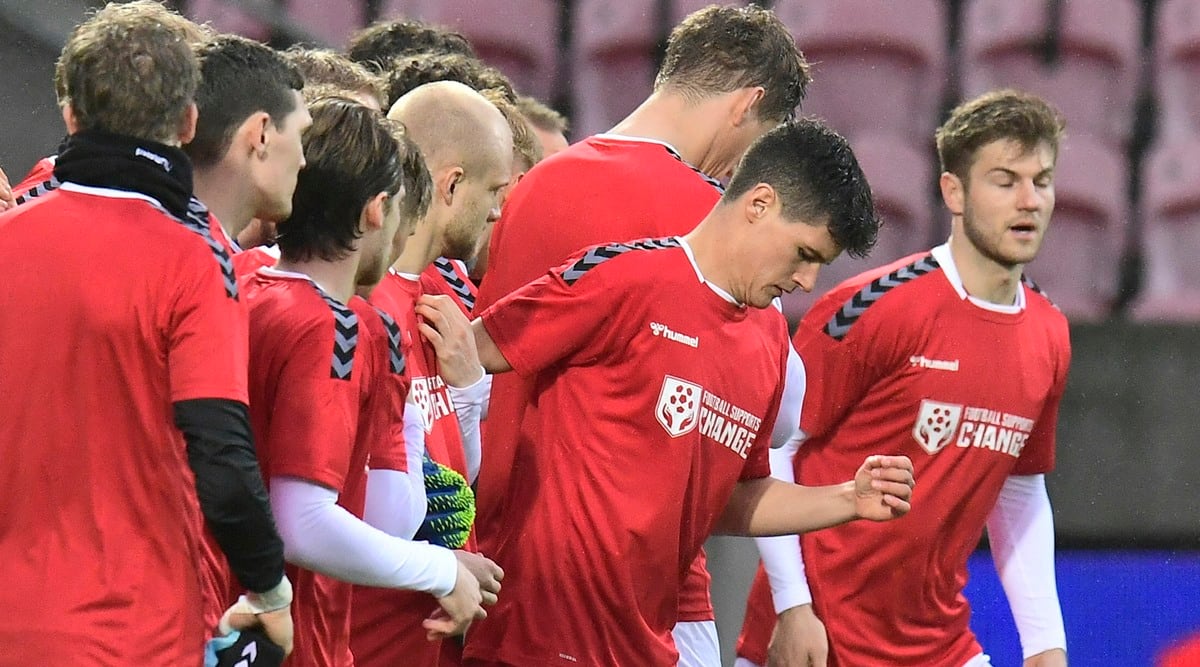 Denmark became the latest European soccer team on Sunday to use World Cup qualifying games to direct attention to workers’ rights in Qatar, which hosts the 2022 tournament.

Denmark players wore red T-shirts with the slogan “Football supports change” for the team photo before kickoff against Moldova. The Danes won 8-0 to extend a strong start in Group F.

The Danish soccer federation said the shirts will be signed and auctioned to raise money for projects with Amnesty International that help migrant workers in Qatar.

Denmark follows the Netherlands team on Saturday which wore T-shirts with the same slogan.

Norway and Germany players previously also wore T-shirts pre-game to draw attention to human rights issues in Qatar. The Norwegian national team made a point about rights again ahead of its game against Turkey on Saturday.

Germany’s players made a more subtle gesture in the team photo Sunday in Romania. They wore shirts reversed with each name and number facing the front in a photo published on official social media accounts with the message “We are for 30” and the hashtag “HUMANRIGHTS.”

Goalkeeper Manuel Neuer confirmed to German broadcaster RTL it was reference to the 30 articles of the Universal Declaration of Human Rights.

“We are all in favor of fair play, both on the field and off the field too, and we stand for these 30 articles,” Neuer said.

Since winning the World Cup hosting vote in 2010, Qatar has faced scrutiny for living and working conditions of migrant workers helping to build stadiums, transport and other construction projects ahead of the tournament. It starts in November next year.

Though FIFA’s disciplinary code states players and federations can face disciplinary action in cases of “using a sports event for demonstrations of a non-sporting nature,” it said after the first Norway protest that no investigation would be opened.