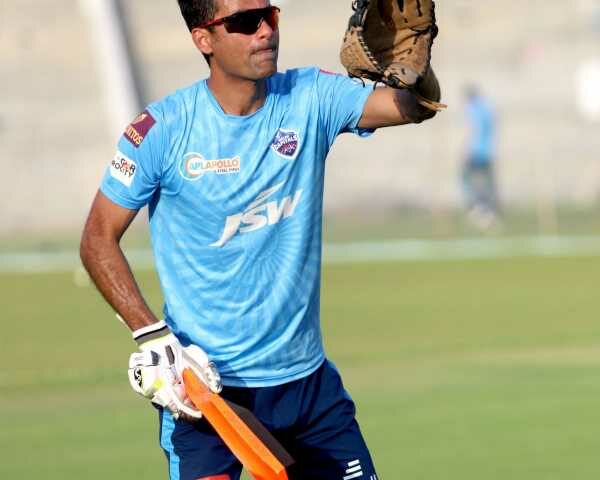 Delhi Capitals’ assistant coach Mohammad Kaif, who attended his first practice session with the team at the Cricket Club of India in Mumbai on Saturday, said that the franchise is aiming for nothing short of winning the title in IPL 2021.

“We want to go one step further this year and that’s the Delhi Capitals team goal. We have the players to win the title. We were very close last year and the plus point for this season is that most of the players such as Rishabh Pant have been playing a lot of cricket. They have been in touch with the game and therefore they are in good rhythm going into the IPL,” said the 40-year-old.

Kaif added that the Delhi Capitals focussed on taking catches under lights during their practice session on Saturday.

“The players have been carrying out batting and bowling drills in the last few days. As a coaching group we decided to focus on fielding skills in today’s practice session. The players took some catches under lights. It was a great session. I got to meet many young players in the team and the experienced ones as well. I had a good chat with Ravichandran Ashwin and Ajinkya Rahane.”

Delhi Capitals head coach Ricky Ponting will be attending his first training session with the team soon after completing his quarantine period.

Kaif said the coaching staff will be drawing out a plan for the team’s practice sessions in the upcoming days ahead of IPL, starting on April 9.

“I am looking forward to meeting Ricky in person. I have been in touch with him on the phone. We will chalk out a training plan with Ponting for the upcoming days once he joins the team on the field,” he said.