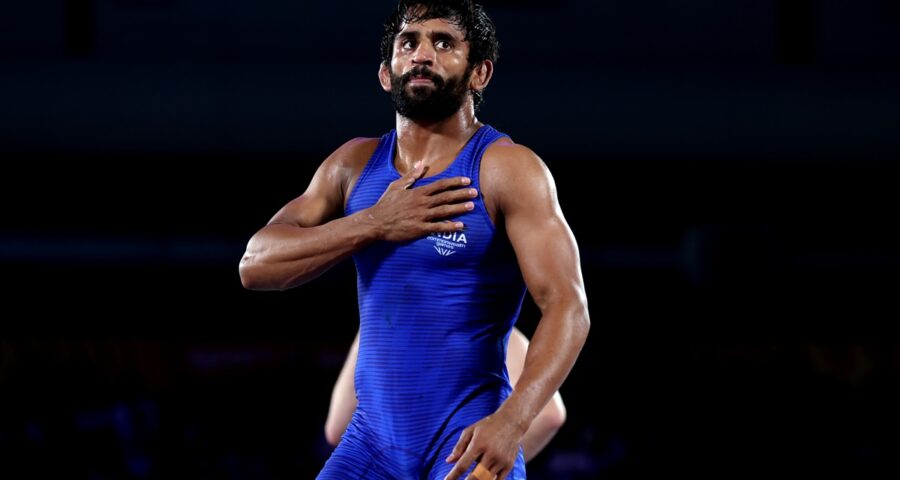 Tokyo Olympics bronze medallist Bajrang Punia was a class above the field while defending his title before Sakshi Malik produced a sensational gold medal-winning effort as India’s wrestlers grabbed five medals, including three gold, at the Commonwealth Games, in Birmingham, on Friday.

However, birthday girl Anshu Malik (57kg) had to be content with a silver medal in her maiden Commonwealth Games appearance.

There was heartbreak on the hockey field as India’s women’s team went down fighting to Australia 3-0 via the shoot-out after the teams were locked 1-1 at full-time.

Here’s a look at how India’s athletes fared on Friday, Day 8 of the Games.

Women’s 100m hurdles: Jyothi Yarraji crashed out in the first round heats after a below-par show, clocking 13.18 seconds and finishing fourth in Heat 2 and 10th overall.

Women’s Long Jump qualifying round – Group A: Ancy Edapilly Sojan failed to qualify for the final. She was ranked 13th overall in the qualifying round with a best jump of 6.25m, which was wind-assisted (tailwind of 2.3m/s).

Those touching the 6.75m mark or the 12 best performers across two groups advanced to the final.

Women’s 200m semi-final: Hima Das finished third with a timing of 23.42 seconds; failed to qualify for the final.

India finished sixth overall across the two heats, Botswana’s 3:05.11s being the quickest.

Men’s Fours: India were assured of a second medal after the men’s fours team made it to the final. The quartet of Sunil Bahadur (lead), Navneet Singh (second), Chandan Kumar Singh (third) and Dinesh Kumar (skip) defeated England 13-12 in the semi-finals.

Women’s Pairs: The pair of Lovely Choubey and Nayanmoni Saikai were knocked out in the quarter-finals. They lost to England’s Sophie Tolchard and Amy Pharoah 18-14.

Women’s semi-finals: India lost to Australia 0-3 in the shoot-out, after the teams were locked 1-1 at full-time.

Men’s Freestyle 125kg: Mohit Grewal won bronze. He won against Cyprus’s Alexios Kaouslidis 10-1 but lost in the semi-final to Canada’s Amarveer Dhesi by technical superiority. Up against Jamaica’s Aaron Anthony Johnson in the bronze medal bout, Grewal won by fall.