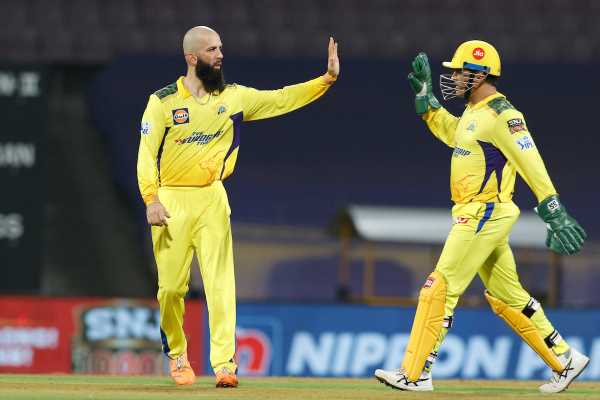 Chasing a mammoth 208 is no mean feat and following the Chennai Super Kings batting masterclass in the first half of the game, the onus was on the Delhi Capitals to provide a worthy response.

And respond they did as Delhi came off the blocks firing on all cylinders, looking to get into an aggressive stance in the hope that sheer momentum would take them through.

Considering the fact that both openers were back in the team dugout before the completion of the fifth over showed that maybe this high-risk strategy, in hindsight, was not an ideal one to adopt against the experienced CSK bowlers. Despite the fall of wickets at regular intervals, DC kept scoring runs at a high rate and kept the scoreboard ticking. Remarkably, every single CSK bowler picked up at least one wicket on the night as they went about dismantling the entire Delhi Capitals line-up. The most devastating spell on the night came from the one CSK bowler that their opponents probably feared the least — Moeen Ali.

Dropped from the previous game, Moeen made a triumphant comeback as he delivered a spell of 3-12 that knocked the wind out of DC’s sails and triggered their dramatic capitulation in the closing stages of the game.

His impact was immediate following his introduction in the 7th over, dismissing Mitchell Marsh, who looked like Delhi’s best hope at the time.

Moeen’s floated delivery was ideal bait for Marsh, who went for the big shot but instead ended up being caught by Ruturaj Gaikwad at long on.

Marsh had been Delhi’s best batter up until that point having smashed four fours and a six in his brief innings of 25. Onto the 9th over and whatever slim chance Delhi had of making a comeback were firmly quashed by Moeen scalping two wickets in the same over.

DC Captain Rishabh Pant was gone off the very first ball as his inside-edge off a Moeen off-break somehow deflected back on to his stumps.

Ripal Patel, the new man, started off by hitting a massive six on the on side. Moeen remained unfazed and bowled a near-identical next delivery. This time, the shot did not carry and there was Devon Conway stationed at the boundary to make the catch.

Thus marked the beginning of the end for Delhi who would go from 82-5 following Moeen’s spell at the end of the 10th to 117 all out in the 18th over.