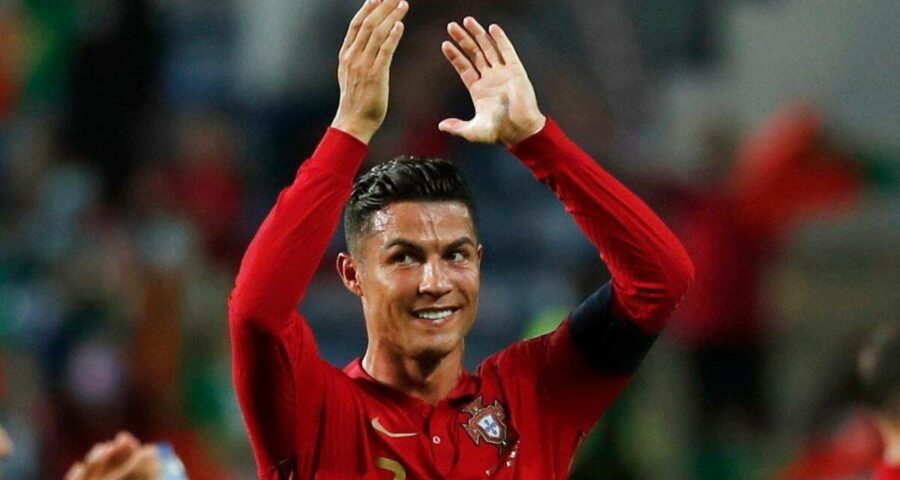 Ronaldo grabbed his 110th goal in the 89th minute on Wednesday to move ahead of former Iran striker Ali Daei. Ronaldo grabbed his 110th goal in the 89th minute on Wednesday to move ahead of former Iran striker Ali Daei.

Six minutes into stoppage time, Ronaldo made it 111 in 180 games to break Irish hearts after defender John Egan gave his nation the lead in the 45th.

“I’m very happy, not only because I beat the record but for the special moments that we had,” Ronaldo said. 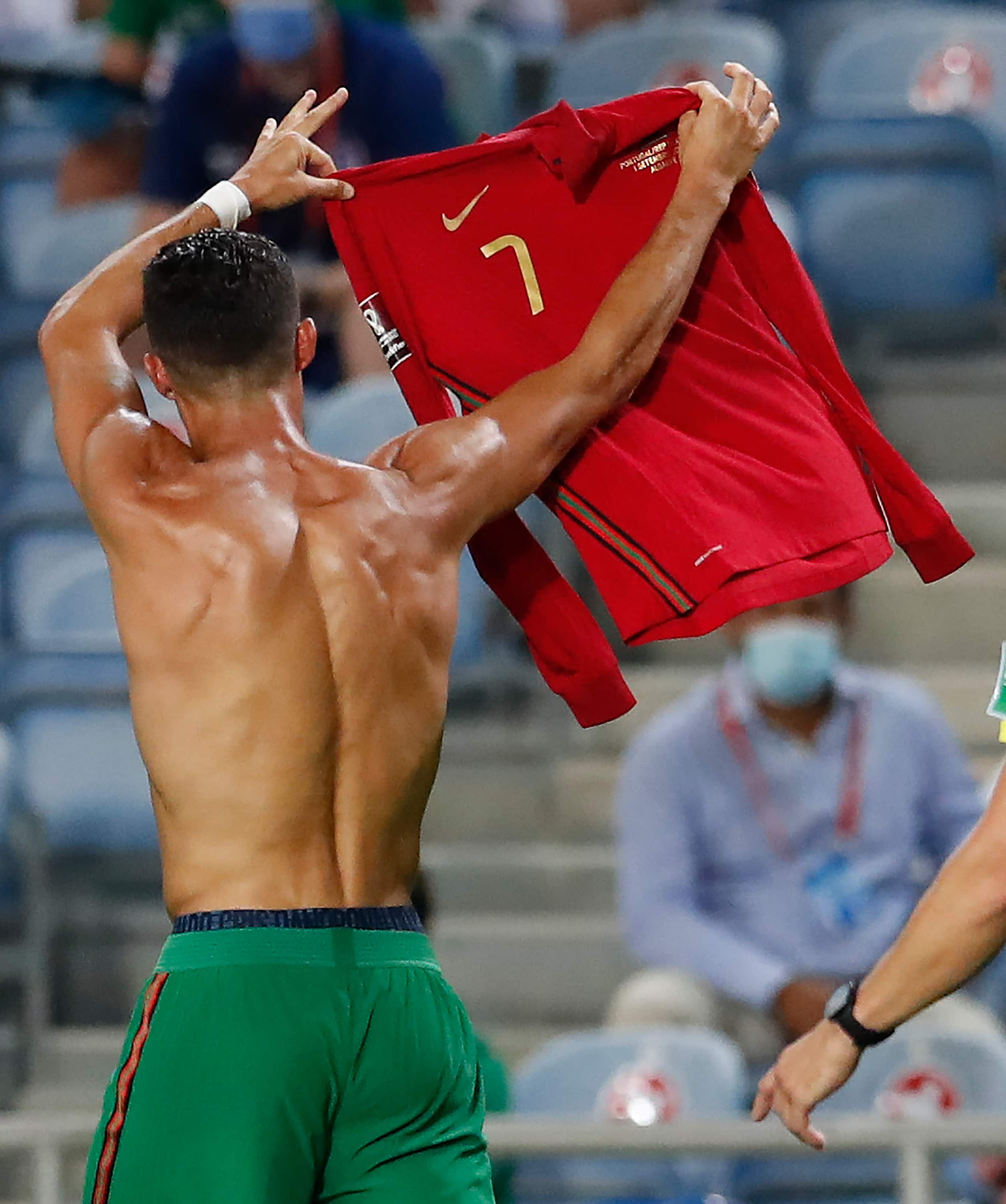 “Two goals at the end of the game is so tough, but I have to appreciate what the team did. We believed until the end.”

But Ronaldo, who has returned to join Manchester United, is still 76 goals behind the game’s most prolific international scorer. Christine Sinclair, who is 38 years old, scored her 187th goal for Canada last month at the Tokyo Olympics.

Ronaldo’s night had been frustrating up until the late heroics.

His 15th-minute spot kick was well saved by goalkeeper Gavin Bazunu, who was just 2 years old when Ronaldo scored his first for Portugal as a skinny winger at the 2004 European Championship.

Ronaldo’s only title with Portugal came at Euro 2016.

Although he was the top scorer at this year’s European Championship with five goals in four games, his team’s title defense ended in the round of 16.

So did France’s bid.

Coach Didier Deschamps vowed his side would hit back strongly.

But Les Bleus had to settle for a comeback 1-1 draw at home against Bosnia and Herzegovina thanks to Antoine Griezmann’s 39th international goal.

France had defender Jules Kounde sent off in the 50th for protesting to the referee after he was cautioned for fouling Sead Kolasinac.

Another prolific striker was on target elsewhere, as Erling Haaland put Norway ahead in a 1-1 home draw with the Netherlands.

Here’s a look at the action in each group.

Portugal leads with 10 points from four games and sits three points ahead of Serbia, which did not play ON Wednesday.

Luxembourg is one point behind Serbia in third after winning 2-1 against visiting Azerbaijan.

A thrilling finish in Astana saw midfielder Ruslan Valiullin equalize in the sixth minute of stoppage time to earn Kazakhstan a 2-2 home draw with Ukraine.

Forward Danylo Sikan came off the bench to score in the third minute of injury time, yet it was not enough for victory.
Ukraine had a strong start as Roman Yaremchuk netted after two minutes with a great strike from outside the penalty area, but Valiullin equalized in the 74th and then did so again in the last seconds.

Israel and Austria both won, but it’s Israel in second place on goal difference thanks to striker Eran Zahavi’s hat trick in a 4-0 win away to Faroe Islands.

Marko Arnautovic scored in Austria’s 2-0 win away to Moldova.

Turkey remains top and undefeated but blew a 2-0 lead when it was held 2-2 at home by Montenegro, which equalized in the seventh minute of stoppage time through defender Risto Radunovic.

Turkey has eight points and is one ahead of the Netherlands, which equalized against Norway through midfielder Davy Klaassen, and also one point in front of Montenegro in third and then Norway.

Latvia beat last-place Gibraltar 3-1 in the other game.

Croatia kept first place on goal difference with seven points after drawing 0-0 away to second-place Russia in Moscow.

Slovakia is one point behind in third following a 1-1 draw at Slovenia. Malta beat last-place Cyprus 3-0. AP