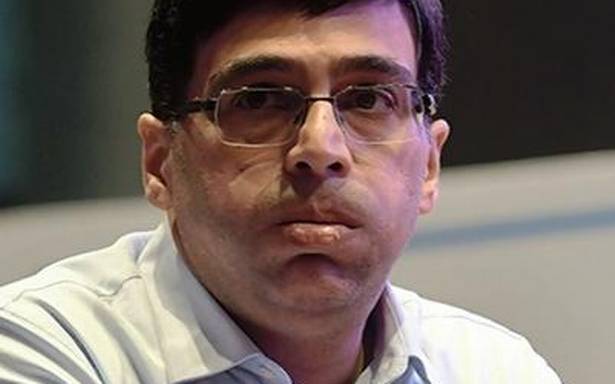 Viswanathan Anand was stretched a bit. So was Koneru Humpy.

And they had to be in front of their computers for well over a couple of hours, dividing their attention to some 20 games. It proved time well spent though, as the COVID-19 fund-raiser by India’s top chess players proved a resounding success.

More than ₹37 lakh ($50,555) was collected by the simultaneous online games featuring five of India’s brightest minds on Thursday night. D. Harika, Nihal Sarin and R. Praggnanandhaa were the others.

Anand played 25 games — he won 22 and drew three — while the rest played 20 each. Humpy and Harika won 17 of their games and drew the rest, while Praggnanandhaa won all his 20. Nihal also seemed on course for a 100% record, but had to settle for a draw in his last game.

The event was organised by chess.com, which was pleasantly surprised by the magnitude of its success. “Our target was $15,000 but people from around the world contributed generously, besides the entry fee (one had to pay $150 to take on Anand and $25 to play the other Grandmasters),” chess.com India director Rakesh Kulkarni, told The Hindu. “The response was truly overwhelming.”

The money would go to Redcross India and the All India Chess Federation’s Checkmate Covid initiative, which will lend a helping hand to chess players affected by the pandemic.

“I was delighted to find that such a big amount was raised by our games,” said Humpy.

“And it wasn’t easy for me, as I came across some really good players. At least two of my games were pretty tough; and I found Anand too faced some strong opposition.”

Anand and Humpy were also part of chess.com’s COVID fund-raiser a year ago. The amount collected then was ₹4.5 lakh.

The nine-fold increase reflects not just the graver situation India is finding itself in now, but the massive increase in popularity that chess has seen during the pandemic.