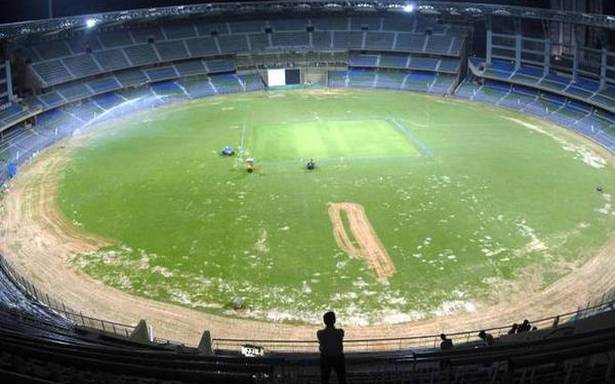 The development comes barely a week before the IPL 2021 is scheduled to begin.

Eight groundstaff members at the Wankhede Stadium have tested COVID-19 positive during the tests conducted ahead of the Indian Premier League’s (IPL’s) 2021 edition. The Wankhede is scheduled to host 10 league games from April 10 to 25.

The Hindu understands all the 19 groundstaff members at the Wankhede Stadium underwent RT-PCR tests over the last week. While three were confirmed to have contracted the virus during the tests conducted on March 26, five more test reports conducted on April 1 returned positive on Friday.

It could not be ascertained whether the remaining groundstaffers were isolated after a few had been infected during the first round of testing.

The development comes barely a week before the IPL 2021 is scheduled to begin with defending champion Mumbai Indians scheduled to take on Royal Challangers Bangalore in Chennai on April 9.

The Mumbai Cricket Association may SOS its groundstaff from its other two facilities — the Sharad Pawar Academy at Bandra-Kurla Complex and Sachin Tendulkar Gymkhana at Kandivali — to fill in for the infected personnel. However, it will be interesting to see if the BCCI is forced to rethink its decision to stick to Mumbai as a venue for the IPL.

Despite the COVID-19 outbreak at its worst in Maharashtra and the State government considering reintroducing severe restrictions, the BCCI has been preparing for the games in Mumbai, to be played without spectators.