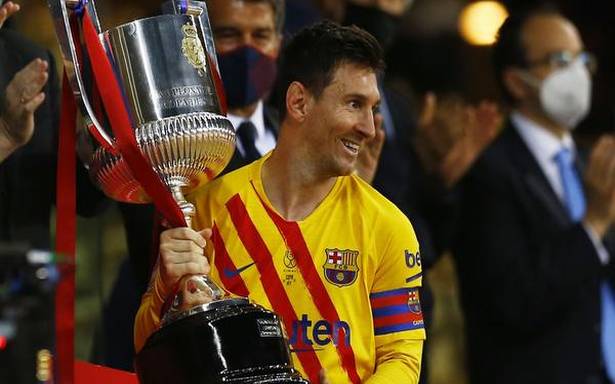 Frenkie de Jong headed in a second goal in the 63rd before Messi dealt a double blow to put the result beyond any doubt by the 72nd.

It is Barcelona’s first title since winning the Spanish league in 2019. Koeman, a former Barcelona defender, returned to coach the club last summer after Barcelona finished last season without a title for the first time since 2008.

Barcelona has won the Spanish cup a record 31 times, including four straight from 2015-2018.

Bilbao has now lost two Copa del Rey finals this month at La Cartuja Stadium in Seville. Bilbao lost 1-0 to Real Sociedad just two weeks ago when they met in the 2020 final that had been postponed due to the pandemic.