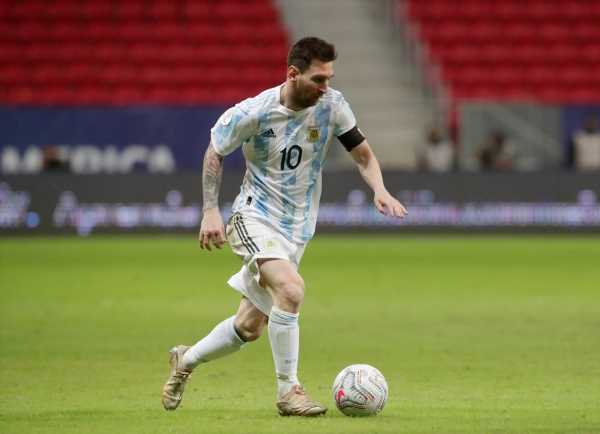 No rest for Messi in record-breaking Argentina appearance 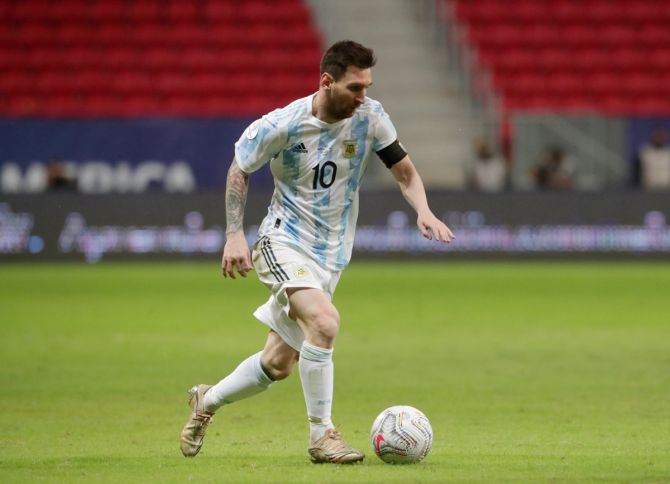 Argentina coach Lionel Scaloni considered resting Lionel Messi for Monday’s Copa America clash against Paraguay but in the end good sense prevailed as the Barcelona striker was once again a key man in their 1-0 win.

“The truth is that Messi has played in all our games and so it is very difficult not to rely on him,” Scaloni said after a hard-fought game in which Argentina scored early and then ceded more and more ground to a Paraguay side that could not turn their possession into goals.

“What worries me is the physical condition of the players,” the coach added. “The conditions were not great to play in.”

Messi has been one of Argentina’s most active players in their three Copa games so far.

He has played every minute and as usual never stopped looking for the ball. His 66 touches against Chile in their opener was a team high, as was his 78 against Uruguay along with Rodrigo De Paul.

Against Paraguay only defender Nahuel Molina touched the ball more.

The victory over Paraguay in Brasilia took Argentina through to the quarter-finals with a game to spare and Scaloni admitted the time might be right to rest his star man.

“It’s possible that we will rotate in the next game,” he said of next Monday’s final group game against Bolivia. “Having qualified gives us some peace of mind. Now we can recharge our batteries and our strength.”

Messi got his 147th cap against Paraguay, tying the record held by Javier Mascherano.

The recognition comes at the end of an eventful season for a man who will turn 34 on Thursday.

He began the season opting to stay at Barcelona after saying he wanted to leave.

Exactly where he will be next season is not certain but one thing that is not in doubt is his status at the national side.

Messi has spoken openly about wanting to win a title with Argentina and add an international honour to the myriad baubles he picked up with his club.

Argentina have not won a major title since lifting the Copa America in 1993 and it is the one blank page on his otherwise unblemished CV.

They may fear a resurgent Brazil but they are enjoying a good spell – Monday’s game was their 16th without defeat – and belief the drought may finally break is quietly building.

“We can see that the team is growing and taking shape,” said defender German Pezzella. “With the squad and the players we have we can be there or thereabouts.” 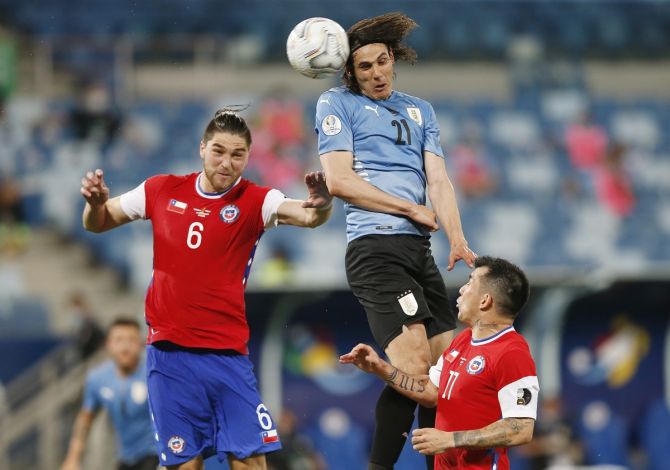 An own goal from Chile’s Arturo Vidal midway through the second half gave Uruguay their first goal in five games and granted them a point in a gripping 1-1 Copa America encounter on Monday.

Between them, Chile and Uruguay have won three of the last four Copa America tournaments, but both sides have failed to set this tournament alight. Uruguay did not get a shot on target in their opening 1-0 loss to Argentina, while Chile scraped a draw with Argentina then laboured to beat Bolivia 1-0.

Both teams, thankfully, showed a bit more verve on a hot and humid night in central Brazil.

Chile started the better side and went ahead after 26 minutes thanks to Eduardo Vargas. Vargas worked a nice one-two with Ben Brereton before lashing an unstoppable shot past goalkeeper Fernando Muslera.

It was Vargas’ 14th goal in the tournament, making him the joint fifth-top goal scorer, only three goals behind the leaders on 17.

Uruguay had not scored in their last four games before tonight but they grew as the game went on and got a deserved equaliser midway through the second half.

Matias Vecino nodded a corner into the six-yard box and as Luis Suarez grappled with Vidal the ball was knocked into the roof of the net.

The goal was first given to Suarez but then classed as an own goal and Vidal was replaced moments later after complaining he had been fouled by his former team mate at Barcelona.

There had been some controversy ahead of the game, with Chile admitting some of their players – Vidal was later named as one – breaking the bubble set up to prevent the spread of COVID-19.

Uruguay got more on top as the game went on and pushed forward in search of a winner, with Suarez and Edinson Cavani both coming close.

But neither side could get a decisive goal and so Chile move into top spot in Group A with five points from three games, one ahead of Argentina, who play Paraguay later on Monday.

Paraguay have three points from one game, while Uruguay have one and Bolivia are pointless after two. The top four from each five-team group qualify for the quarter-finals.