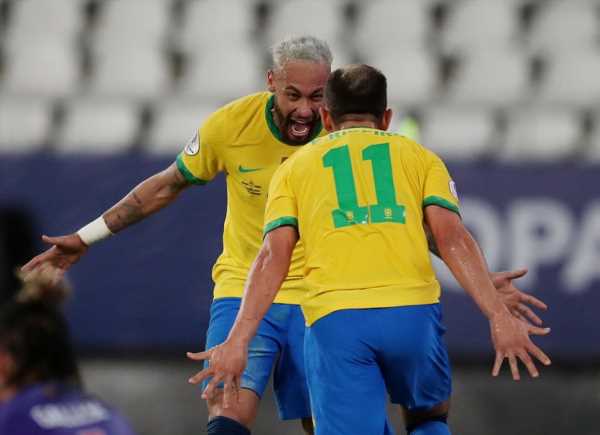 Brazil cruise past Peru with 4-0 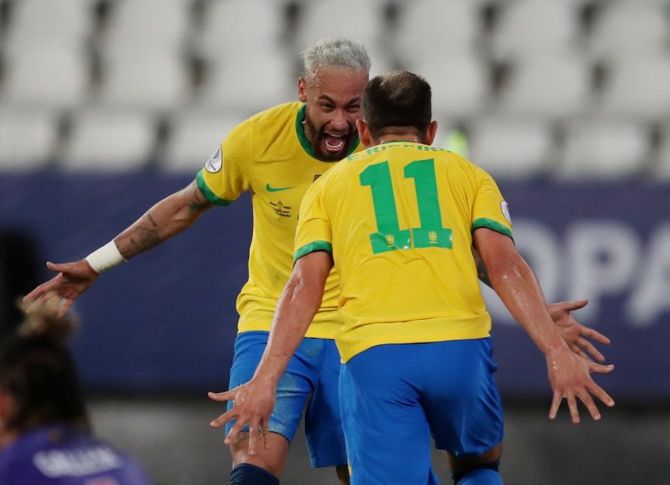 Brazil scored early in their Copa America tie with Peru on Thursday before adding three more in a comfortable second half to run out 4-0 winners.

The result means Brazil, reigning champions, are the first team in the tournament to win both their first games, and immediately go to the top of Group B, two points ahead of Colombia, who drew 0-0 with Venezuela earlier in the day.

Brazil took the lead in the 12th minute when Alex Sandro slammed home a Gabriel Jesus cut-back from six metres out. 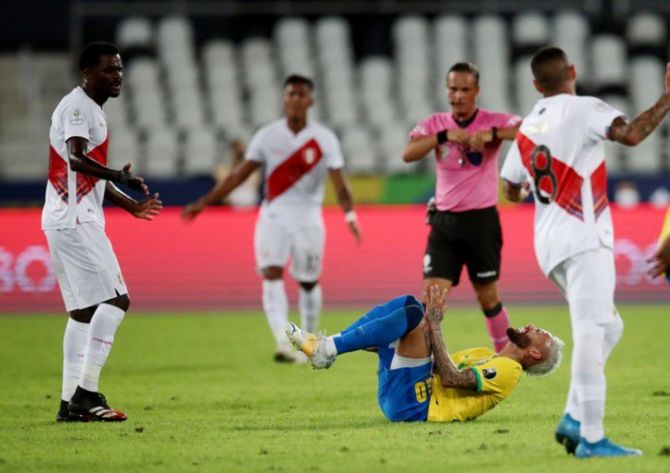 Neymar saw a penalty award taken away after a review by the Video Assistant Referee, but midway through the second half he angled a low shot past a despairing goalkeeper to double their lead.

Substitute Everton Ribeiro made it 3-0 in the 89th minute when he scored from a Richarlison cross, before Richarlison himself claimed a fourth in stoppage time. 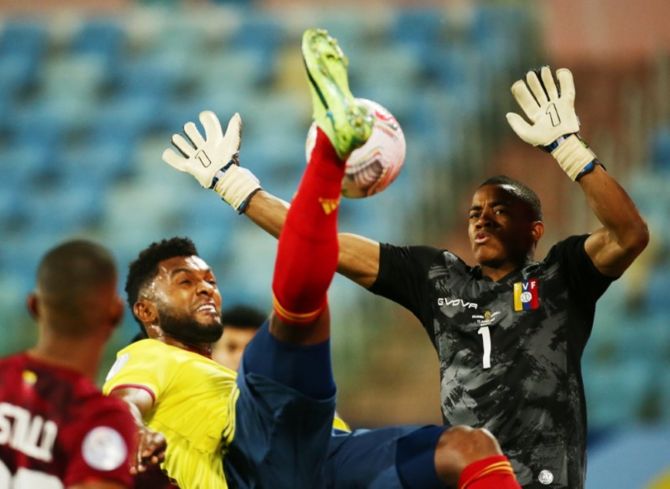 An understrength Venezuela managed just one shot at goal for the second game in a row but shut out a superior Colombia at the other end to grab a 0-0 draw in their Copa America tie in Goiania on Thursday.

Venezuela are one of only two nations never to win the Copa America and their already slim chances were damaged before the tournament began when eight players tested positive for COVID-19 and were forced to self-isolate.

All told, players or officials from four of the 10 teams are now isolating due to positive COVID-19 tests.

The damage was telling for Venezuela in a game where they mustered just one shot at goal compared to Colombia’s 17, requiring a dazzling performance from their goalkeeper Wuilker Farinez to keep a clean sheet.

“I want to congratulate the rival keeper for his great performance,” Colombia coach Reinaldo Rueda said. “He prevented us from celebrating a goal.”

“We must improve our finishing,” he added. 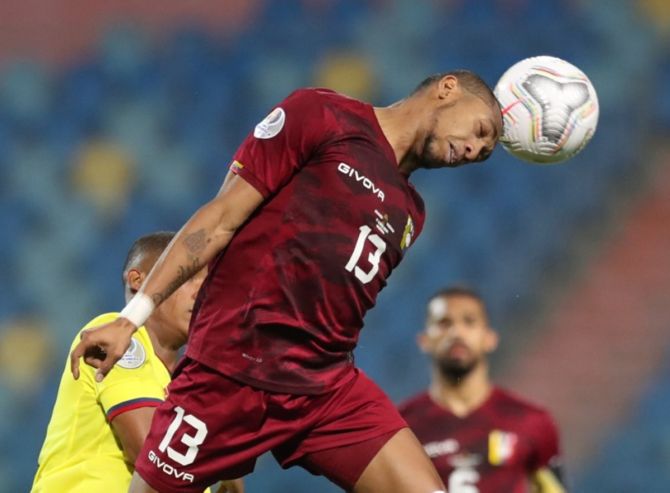 Colombia, who beat Ecuador 1-0 in their opener on Sunday, squandered a string of opportunities and too often mishit final balls into the box against an opponent that defended in numbers.

Miguel Borja thought he had grabbed the winner for Colombia in the 90th minute only to see his effort ruled out for offside and then his side were reduced to 10 men when Luis Diaz was shown a straight red for foul play.

The result takes Colombia to the top of Group B with four points from their first two games, a point ahead of Brazil, who play their second match against Peru later on Thursday.

Venezuela have one point from two games but are not out the tournament quite yet, as four of the five teams in each group qualify for the knock-out stages.