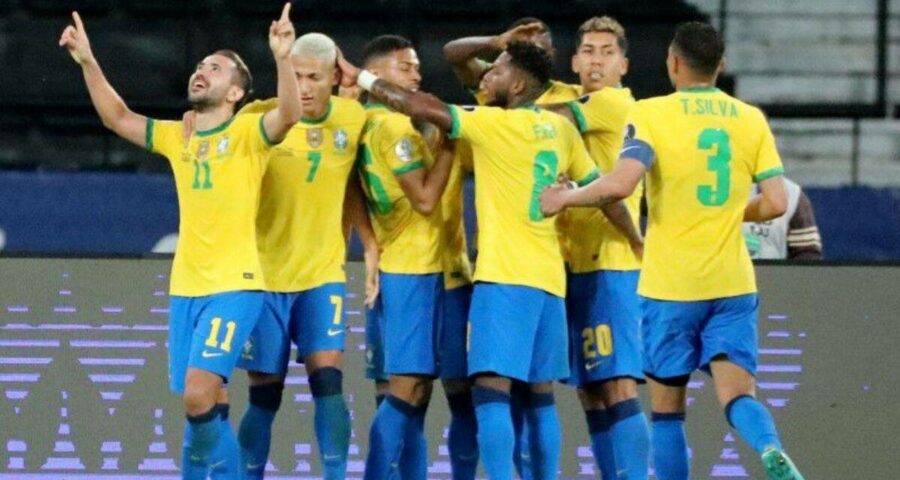 Argentina beat Bolivia 4-1 to ensure it finished atop the group, setting up a game against Ecuador in the quarterfinals. Defending champion Brazil may have the smoothest path to the final of the Copa America tournament it is hosting.
The hottest competition could be on the other side of the draw, where arch rivals Argentina and Uruguay have the chance to meet in the semifinals.

The knockout stage of the Copa America was finalized Tuesday after the last two matches in Group A.

Argentina beat Bolivia 4-1 to ensure it finished atop the group, setting up a game against Ecuador in the quarterfinals.

Ecuador is yet to win in the tournament, but held Brazil to a 1-1 draw on Sunday and is in third position in South American World Cup qualifiers.

“We have the utmost respect for Ecuador, they have proven to be a good, young and dynamic team that will sure give us a war,” Argentina coach Lionel Scaloni said.

If Lionel Messi’s lineup beats Ecuador, coached by Argentine Gustavo Alfaro, its semifinal will be against either Uruguay or Colombia. That head-to-head showdown has produced great encounters recently, including Colombia’s 2-0 win in the Round of 16 at the 2014 World Cup in Brazil.

On Monday, Uruguay scheduled the next chapter between the two national teams with a 1-0 victory against Paraguay. The only goal of the match came from the spot with veteran Edinson Cavani.

“We needed to win and we needed to improve our game, both things are happening.”

Brazil is aiming for a 10th South American championship title.

The most immediate challenge for Neymar’s Brazilian lineup will be Chile’s ageing team.

Chile’s only win so far in the tournament has been against Bolivia but it may be reinforced by a potential recall for striker Alexis Sanchez, who missed the group stage due to injury.

A win against Chile on Friday will put Brazil to face either Peru or Paraguay in the semifinals. Both teams recently lost to the Selecao without offering much resistance.

Brazil also has the advantage of having all its potential knockout mates in Rio, close to its Granja Comary training ground in Teresopolis. The final is set for July 10.