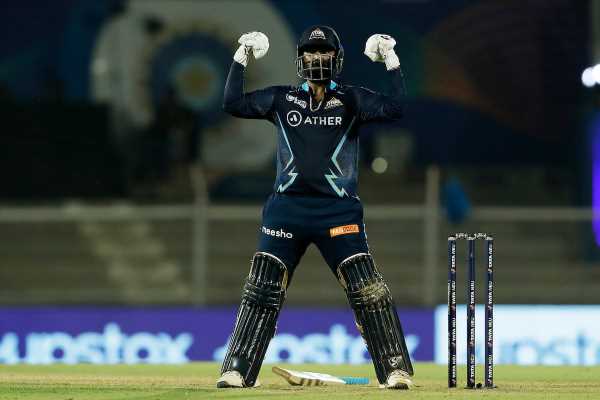 It was supposed to be the feel good story last weekend.

As Royal Challengers Bangalore’s Virat Kolhi waved his bat to the crowd to signal his fifty against table toppers Gujarat Titans at the Wankhede stadium in Mumbai, it marked the end of a series of disappointing scores in recent matches for the former India captain which had the cricketing fraternity questioning his current form.

As the camera zoomed in on an overjoyed Anushka Sharma cheering like a teenager in the RCB box, the narrative had already been set.

It was the return of the king — and while his queen and loyal subjects watched on, he was going to conquer the Titans and orchestrate Bangalore’s resurgence with renewed vigor and energy that would set in motion a change in fortunes as they pushed for a place in the IPL 2022 playoffs.

Except none of that happened.

The fans were denied their fairy ending as the Titans went about doing what they do best — pulling off yet another heist and stealing the win in the final over of the match.

In the end, we were left with parting images of Rahul Tewatia flexing his muscles on the pitch while the celebrations got underway in the Titans dugout.

As if on cue, the narrative had changed. Rahul ‘Iceman’ Tewatia had toppled King Kohli and would go on to dominate all the headlines and discussions last weekend.

The feel-good story would have to wait. 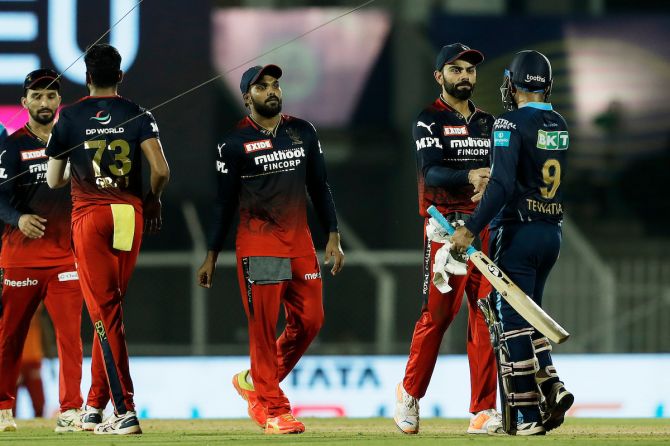 In the high-risk, high-pressure world of T20 cricket, the role of a finisher is one that is highly sought after.

It’s the player who thrives in the death overs, constantly outwits bowlers and has a good read on their strategies.

It’s the player with an arsenal of shots fuelled by powerful hitting which enables him to find the boundaries at the opportune moment when the game goes down to the wire.

Lastly, the finisher is the metaphorical ‘last man standing’ who takes the team through at the end for the win. 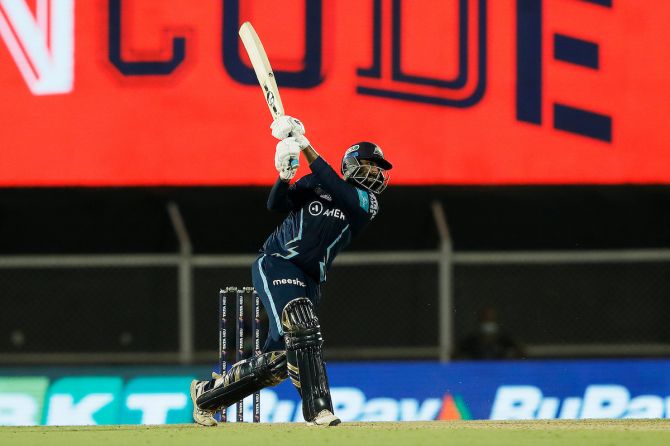 As we enter the business end of the IPL 2022 season with crucial playoff spots up for grabs, every team will be looking to have someone take up the role on the day.

Except in Gujarat’s case, Rahul Tewatia is their go-to man, as performances over the season have proven.

While M S Dhoni will go down in T20 history as the original ‘finisher’ on account of a flurry of legendary innings over the course of years, it looks like Tewatia has all the ingredients to take over the mantle, based on current form.

At the Brabourne stadium last Saturday, April 30, Gujarat needed a whopping 71 runs from 36 balls with Tewatia and David Miller at the crease. In the end, Tewatia finished with 43* which included 2 sixes and 5 fours — the last of which was the winning shot of the match. 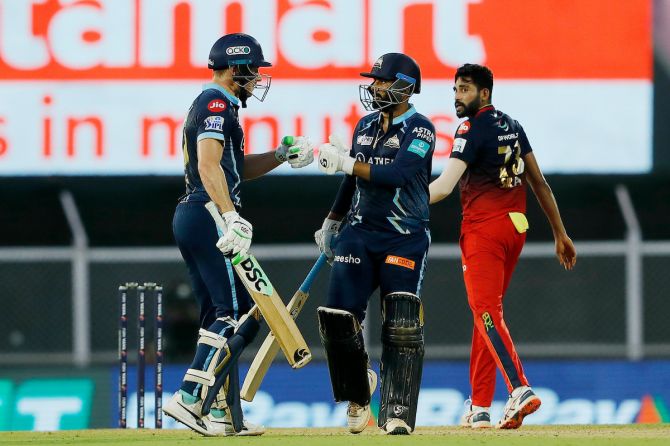 As he revealed later in the post-match interview, Tewatia has done a lot of work in training to prepare for such scenarios.

‘In the death overs, you have to play premeditated shots, but I always have an eye on the field. In the end, you have to play according to the ball. I try if it’s an off stump ball, I play it on the off side. And if it’s on the leg stump, which is my area, I make sure not to miss out,’ he said.

Tewatia had also been hard at work in training on his weaker off-side game. As the RCB bowlers found out the hard way, there is no escaping the iceman once he gets into his rhythm.

‘I worked on my off-side game before this season,’ Tewatia said, ‘because bowlers had started bowling wide with an off-side field. So I was like if I can find the gaps, I can get boundaries on the off side too. So now I can play on both sides of the wicket.’

In a season of many firsts, debutants Gujarat Titans will be hoping for the ultimate finish from iceman Tewatia — one that ends with the glittering IPL 2022 trophy in their hands.