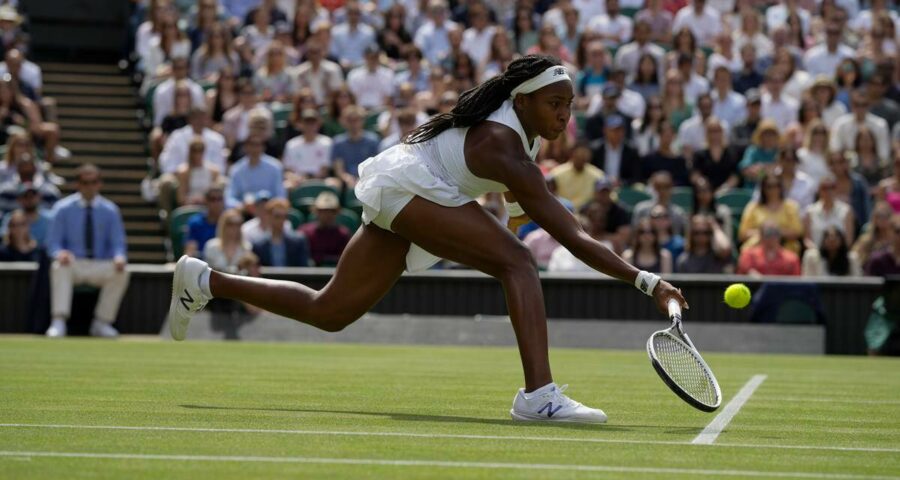 Coco Gauff matched her breakout result from 2019 by reaching the fourth round with a 6-3, 6-3 win over Kaja Juvan. Coco Gauff is back into the second week of Wimbledon.

The 17-year-old American matched her breakout result from 2019 by reaching the fourth round with a 6-3, 6-3 win over Kaja Juvan on Centre Court. Gauff finished with 21 winners and broke her opponent five times.

Meanwhile, Emma Raducanu became the youngest British woman to reach the fourth round of Wimbledon in the Open era.

The 18-year-old Raducanu converted her third match point to beat veteran Sorana Cirstea 6-3, 7-5 on No. 1 Court. She is playing in her first Grand Slam tournament.

Raducanu won eight straight games to take a 3-0 lead in the second set, then struggled to put away Cirstea. She failed to convert three straight break points in the next game, then was broken and missed another five break points at 4-3.

She needed another three attempts in the final game before Cirstea netted a forehand to end the match.

Deborah Jevans was the previous youngest British woman to reach the fourth round at Wimbledon at age 19 in 1979.