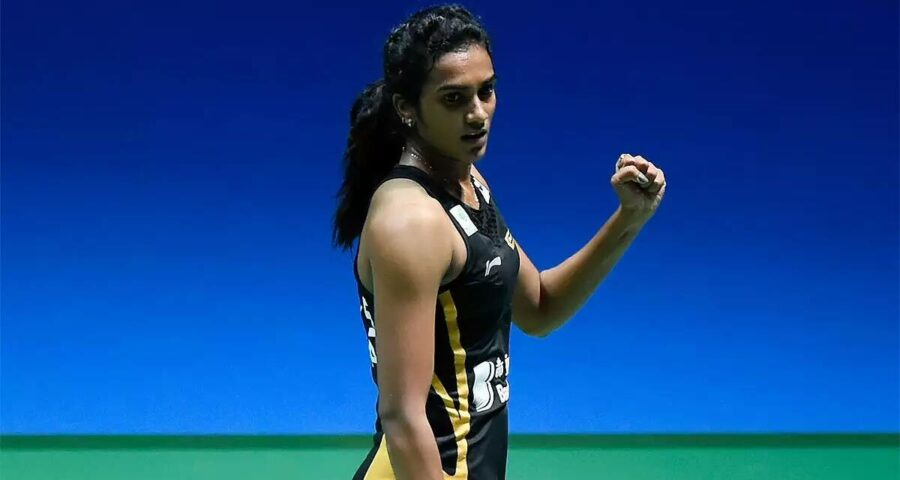 PV Sindhu doesn't train with the rest of the Indian Olympic-bound team. She has been training at the Gachibowli indoor stadium in Telangana and does her fitness training at Suchitra academy. The lack of competitions before the Olympics is a major concern for Indian shuttlers but not so much for PV Sindhu, who trusts her Korean coach Park Tae Sang to create match situations for her in training itself.

Owing to the raging COVID-19 pandemic, the Badminton World Federation has been forced to cancel the remaining three Olympic qualifiers in India, Malaysia and Singapore. These were to be the last set of events before the Tokyo Games in July-August.

Asked if cancellations will affect her preparations, Sindhu said: “Well, we were thinking that Singapore will be the last event before Olympics but now we don’t have another option, so I am playing matches against different players and my coach Park is trying to create match situations for me in training.

“Obviously, we will be playing each other after a few months and there will be something new in our games, so I will have to prepare for that.”

Sindhu doesn’t train with the rest of the Indian Olympic-bound team. She has been training at the Gachibowli indoor stadium in Telangana and does her fitness training at Suchitra academy.

The 25-year-old endorsed BWF’s decision to cancel the events, saying while it is sad that competitions could not take place but but life is more important than sports.

“It is sad that the whole world has come to a standstill but before sportspersons, we are human beings and life comes first,” Sindhu said.

“For the moment, events are being cancelled and I know sportspersons are sad but I think it is good for the people…Organisers take a lot of measures and keep us in a bubble but still we need to be careful.”

Sindhu, the reigning world champion, said it will be a tough task for organisers and athletes to adhere to the COVID-19 protocols in a showpiece event like the Olympics and everyone has to brace up for the challenge.

“Every country has their own COVID-19 rules. In Thailand, we were tested every 2-3 days, in All England an entire contingent had to pull out for one case in their flight but we have to deal with it,” the Hyderabadi shuttler said.

“Even in Olympics, I have heard that everyday they will be testing us. Before we take off, we have to clear an RT-PCR test and after getting down we do a test again, it is definitely a tough task.”

There was a lot of chaos in some of the international badminton events early this year when a few false positives forced some of the top players, including Saina Nehwal and B Sai Praneeth, to withdraw.

Sindhu hoped that such instances do not happen during the Olympics.

“…it is the Olympics and there will be so many athletes from so many countries but they also have to be very careful. As an athlete we have to prepare and just hope that everything is fine in the next few months,” the world No.7 said.

“…unless you take care of yourself, it can spread anytime, anywhere. So it will be tough.”
Sindhu, who had reached the finals of Swiss Open in March after returning to action following a long break, said she is improving as a player.

“It has been a good campaign so far this year. I have been improving as a player. My coach has analysed my game, so really looking forward to the Olympics. My dad also helps me a lot,” she said.