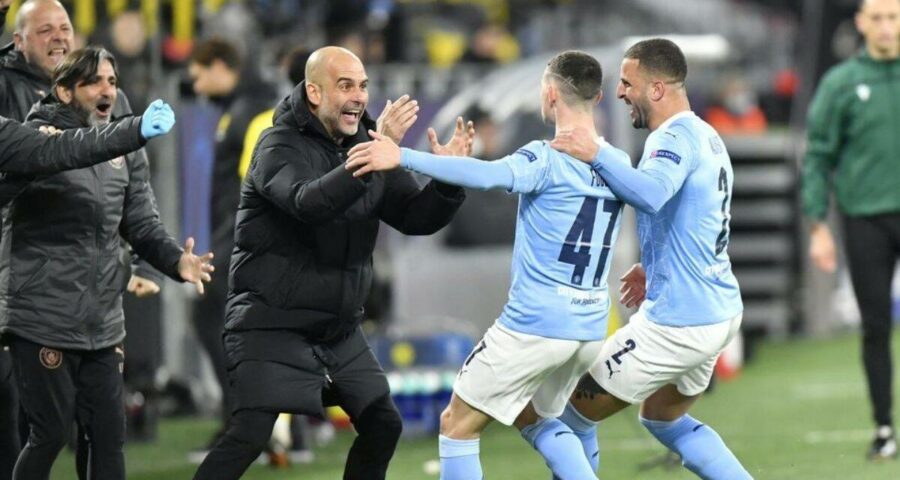 Hours after Manchester City were crowned champions of England, when cross-city rivals United, for long the identity of Manchester football, lost to Leicester City, Pep Guardiola reflected with an equal measure of relief and joy, what the triumph meant to him and his club: “This has been a season and a Premier League title like no other. This was the hardest one.”

Ever of a balanced and measured disposition, the City manager was not caught in a sudden seizure of delirium, but he was being utmost honest about the enormity of the title, for both himself and the club. It was a title that signified as much as the twinkling transformation of an upstart club to a true elite of the league, as the vindication of Guardiola’s rightful place among the greatest managers of all time. In the context of English football, the greatest manager in the league since Sir Alex Ferguson’s retirement. On the canvas of Europe, he has collected silverware in Spain, Germany and England.

This season, the ghost season to the cynics, was tough on more counts than one. There was barely an interlude between the two seasons, one encroached upon the other, there was an apology of preseason, there was the gripping suffocation of the bubble, the fear of the virus, players testing positive, matches getting postponed at the last minute, frantic scheduling, invariable injuries and loss of form. Thus the most chaotic of seasons unravelled most chaotically for City.

In November, they were sitting 10th in the league, City were indistinguishable from the City the world knew. Ragged and weary, dull and bland. The fans had begun to sulk, some cried for Guardiola’s ouster, wondering whether he had hit a tactical (and philosophical) roadblock. To the doubters, Guardiola calmly replied after his contract renewal in November: “If I did not feel we could do better I would not have extended my contract here, 100 per cent.”

It’s how Guardiola has gone about his jobs—he left Barcelona when he felt he was getting stale, he departed Bayern Munich when he thought he had nothing much left to learn or prove in the league. He is the Ulysses of modern football, voyaging from shore to shore in his still undiminished quest to understand the game and its culture. He meant precisely what he said. He uses his words carefully and diligently. He has not the sarcasm of Jose Mourinho or the elegance of Arsene Wenger, or the grumpiness of Klopp. Through the November haze, he could see the bewitching glaze of the trophy. He decided to recalibrate, both himself and the team. It began with the realisation that “we were no longer brilliant.”

It was not just about reviving his side’s slide, but restoring the identity of their footballing ideals. He pored over thousands of reels and realised a minor but fundamental flaw—that they were too quick for his liking. They ran hard and fast, pressed aggressively and unnecessarily (the profound impact of Kloppian pressing), and were not keeping much possession, which is antithetical to his principles. “If you play in a high rhythm, then after, you cannot surprise the opponent. We have to pause and change the rhythm,” he emphasised.

The modulation of the game’s tempo is central to Guardiola’s footballing ideals. Every Guardiola team had one or two orchestra conductors. Xavi at Barcelona, Thiago at Bayern and David Silva at City. The latter’s departure had left a depressing void. Almost, everyone in his team was different. So he packed his midfield with those that are lightning-fast and those that are relatively slow. Ilkay Gundogan, usually deputed a holding or box-to-box midfielder, was given a more advanced, attacking role. Riyad Mahrez was given the role of an inverted winger, but when attacking, he was more of an inside right forward. Phil Foden and Bernado Silva provided rapid pace on the wings. The fullbacks would drop into the midfield and join Fernandinho, as a defensive screen, in a 2-3-5 set-up.

All of them thrived in the new setup, and City, bereft of creativity in the early phase suddenly had a raft of playmakers. Till December, talisman Kevin de Bruyne was creating around 50 percent of their goal-scoring chances. At the end of the seasons, there was a more equitable distribution with 20-year-old Foden topping the chart at 22 per cent. Some found a new dimension too—like Gundogan discovering his scoring range, belting 11 goals in a period between December and February. 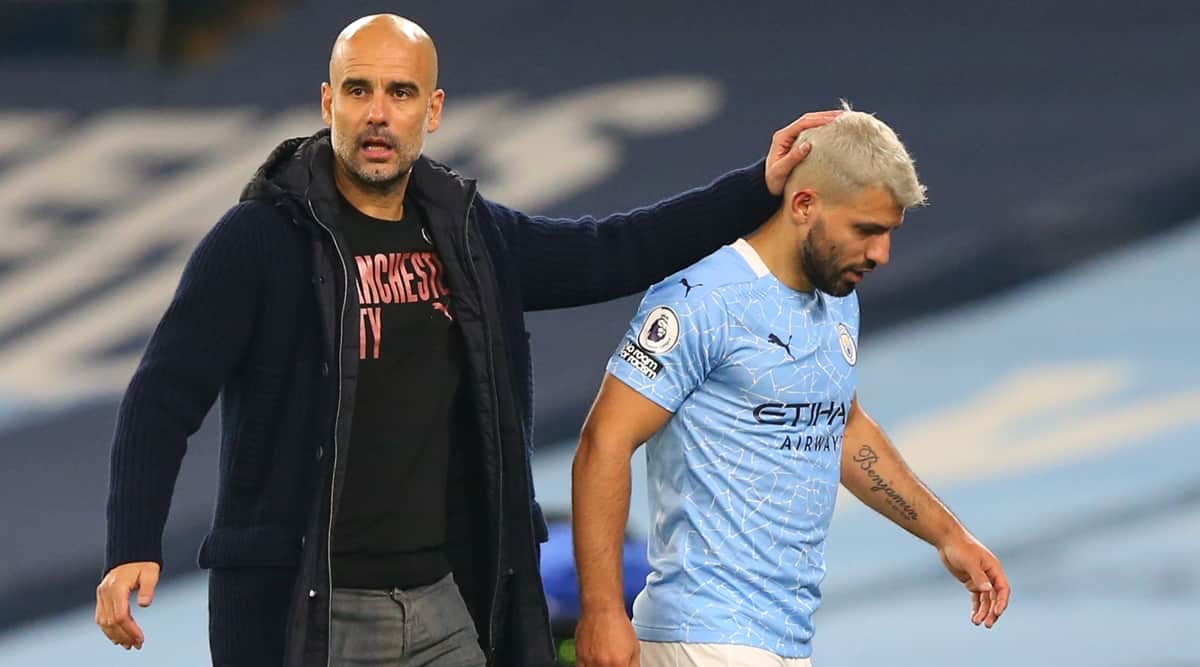 The alterations were subtle and not too blatant. That subtlety fully embodied the genius of Guardiola, the football brain that keeps on ticking and picks the minutest, microscopic disorder. He wants every note in place. His former manager Louis Van Gaal had detected this trait during his playing days. “He never conforms, he doesn’t relax, he always wants to change things, to learn things,” he had said.

It’s worth reproducing at the moment what one of his close friends David Trueba observed about him. “When it comes to analysing or judging Guardiola, you must bear in mind that underneath the elegant suit, the cashmere jumper and the tie, is the son of a bricklayer. Inside those expensive Italian shoes there is a heart in espadrilles,” he said in Marti Perarnau’s book, Pep Guardiola: The Evolution.

Perarnau throws more light on his psyche saying that the Catalan is driven by an inner feeling that he is somehow not good enough, so works twice as hard to make up for his perceived deficiencies. That could be at the core of his unstinting perfectionism even on minor things as the length of the grass. Upon his arrival at Etihad in 2016, he went to the groundsmen and detailed the exact specifications for how they should cut the grass on the fields at the Etihad Stadium and the club’s training facility. Should be no longer than 19mm, he insisted.

Much of the system was in place even before he reached Etihad. The club had a robust youth system, the sharpest scouts around, cutting-edge technology in data crunching and mining and loads of money to buy the players the manager wants. One thing it didn’t have was identity. He immediately set about establishing that, as he has in every other club.

He encouraged the players to take to the field together before games, to leave as one afterward, and celebrate the goals together. He instilled in them a sense of pride that comes from not just playing for Manchester City, but that they come from Manchester. “Manchester is a city that knew how to fall down and get back up again. That is the club’s identity too,” he used to tell his players.

For all the trophies he has picked and that he would pick, the goals his teams have scored and would score, the records they have shattered and those that they would, the devastatingly beautiful team he has built and those that he will build, the identity he has instilled to the club would be the truest measure of his genius. Like Ferguson did to United and Wenger to Arsenal. 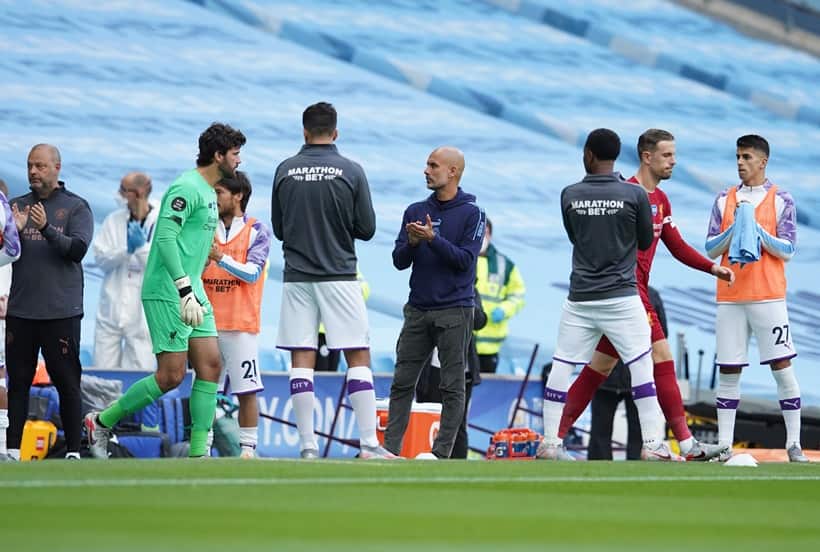 Man City usually start with a 4-3-3 with a false nine or a 4-3-2-1 with a conventional striker, formation, which they maintain when they defend. But during transitions, they swiftly change to a more vibrant 2-3-5. The front three will be joined by the two wingers, which effectively results in a front five, keen to maximise whatever little space is available. The roles are often interchangeable.

The fullbacks, who are so central to the modern-day game, don’t overlap always. Rather, they join Fernandinho or Rodri in the midfield, acting as a three-man screen. But nothing is sacrosanct. City’s fullbacks, especially Cancelo, are so enterprising that they maraud upfront, whereby one of the midfielders falls back and fills the space. The freedom of fullbacks is endorsed by the stability of the defensive pair, Ruben Dias and John Stones.
n The defensive pair is often helped out by Ederson—the most assist-providing goalkeeper of the season with his unexpected belters upfield. Guardiola, again, is a staunch believer in attacks starting from the goalkeeper. “I’m sorry, but until my last day as a coach, I will try to play from my goalkeeper,” he would often say. Ederson’s reading of a situation and game awareness makes him a quintessential Guardiola keeper.