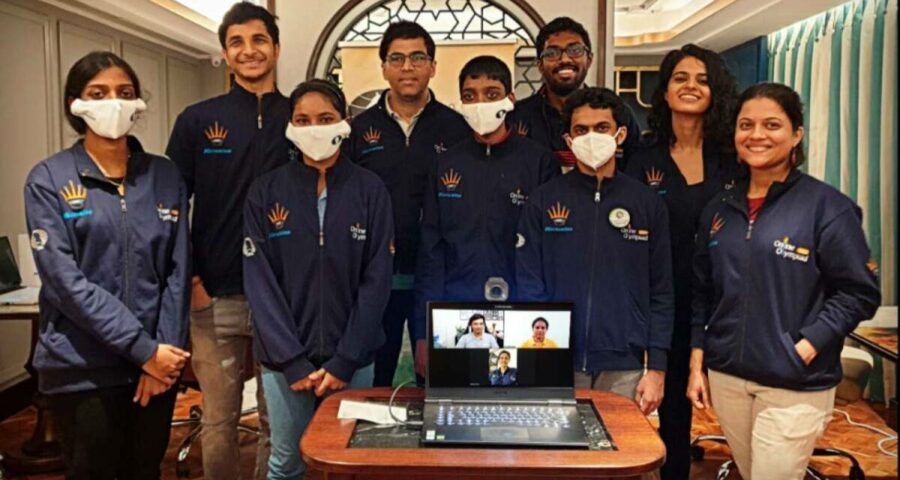 Americans rallied to beat Kazakhstan after trailing in the first round while Russia upended the hopes of Hungary 7-5 and China smashed Poland 8.5-3.5 in the other quarter-final matches Joint champions India will face the USA in the semifinals of the Fide Online Chess Olympiad on Wednesday from 9pm. In the other semis, Russia, who shared the title with India last year will clash with China.

“Most of our players are professionals and are used to playing at night. At the moment we don’t really expect it (playing late in the night) will be a major factor for the match,” Srinath Narayanan, the non-playing captain of the team, told inidanexpress.com about the timing match against the USA.

Some of the Indians have played tournaments which start from 8pm and conclude at 1.30 am or am next day.

“The opposition is quite skilful as well so there can’t be any conscious attempts to make a game draw or win. Go out and play your game, make your moves and accept whatever be the results,” he said about the semifinal. Srinath, a GM himself also rubbished Viswanathan Anand’s form, said, “Anand has been the performer so have no worries about his form or so”.

P Harikrishna will be logging in from his base in Prague, the Czech Republic while Koneru Humpy and D Harika will play from homes in Visakhapatnam and Hyderabad, respectively.

In the first quarterfinal, Kazakhstan began in a ruthless manner against the USA, beating the famed rivals 4-2 in the first round.

In the second round, Americans reversed the verdict in their favour 3.5-2.5. Xiong struck against Jumabayev and on the second board, GM Rustam Khusnutdinov drew with GM Ray Robson while on a junior board, Zhalmakhanov returned to beat Liang. For the USA, Krush defeated Zhansaya to equalise and on board five, IM Nazi Paikidze who came in for IM Anna Zatonskih, outplayed IM Dinara Saduakassova. On the final board, Assaubayeva won again.

The teams were forced to play a round of blitz games to break the deadlock.

Robson and Xiong won their games against Khusnutdinov and Jumabayev, respectively while Liang scored his first win against Zhalmakhanov, and Cervantes outplayed Assaubayeva on the last board for the USA to register an astounding win 4-2.

In the India-Ukraine quarters, the top two board matches between GM Viswanathan Anand and GM Vassily Ivanchuk and the second between GM P Harikrishna and GM Kirill Shevchenko were drawn. Two more draws were witnessed in the women’s category GM Humpy Koneru and IM Iulija Osmak and between WGM R Vaishali and FM Mariia Berdnyk.

Then, Shevchenko stunned GM Vidit Gujrathi, Osmak beat Humpy and Berdnyk overcame Vaishali. On board one between Anand and Ivanchuk ended in a draw and the Ukrainians won 3.5-2.5.

“I was chilling and then suddenly realized that I have to play,” Adhiban told chess.com while Nihal chipped in about the two games he played against Ukraine in the quarterfinals, “I was just trying to take inspiration from R Praggnanandhaa.”