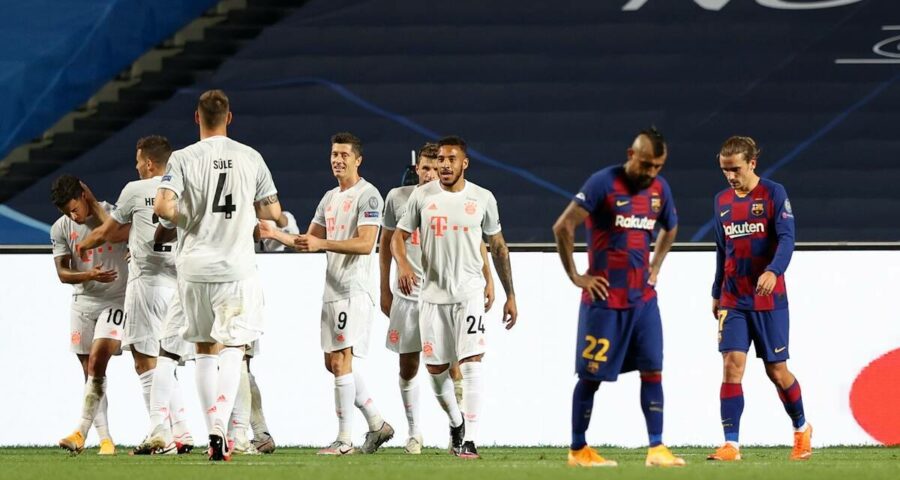 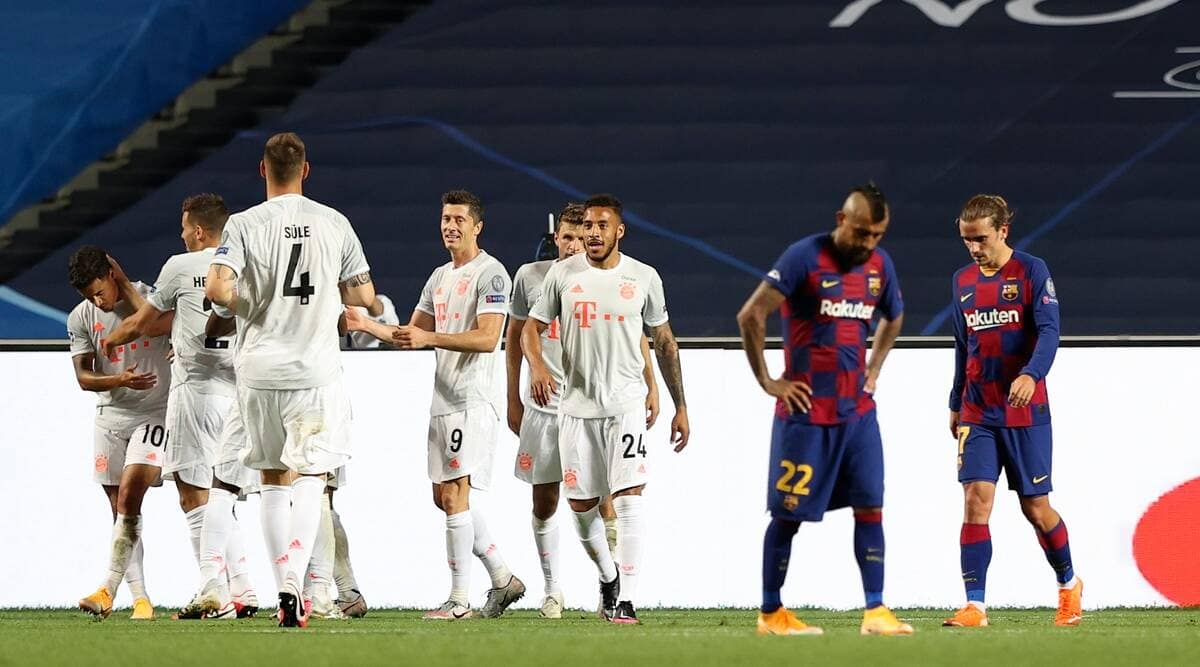 Barcelona’s ability to compete in Europe without Lionel Messi and Antoine Griezmann will be put to the test when it hosts the team that dealt the Spanish side its most humiliating defeat in recent memory.

The 8-2 shellacking Bayern Munich handed Barcelona in the 2020 Champions League quarterfinals marked the beginning of the end of the Messi era. The financial troubles that kept Barcelona from re-signing Messi also forced it to loan Griezmann back to Atletico Madrid.

Ronald Koeman has to find a way to account for the 58 goals the two forwards scored last season. That task falls to Memphis Depay, who has made a promising start at Camp Nou with two goals in three Spanish league matches. Koeman should also have Spain standout Pedri Gonzalez back in his lineup after the young midfielder rested for two weeks after playing both the European Championship and the Tokyo Olympics. Robert Lewandowski travels after recovering from a groin problem sustained in Saturday’s 4-1 win over Leipzig. Serge Gnabry has traveled with the squad but is an injury doubt after hurting his back in the same game. Benfica is back in the group stage after a year away and visits Dynamo Kyiv.

Cristiano Ronaldo’s first Champions League game for Manchester United since losing the 2009 final to Barcelona will be on the only plastic pitch in the competition. Swiss champion Young Boys uses an artificial surface at Wankdorf Stadium that then-United boss Jose Mourinho complained about to UEFA ahead of the teams’ opening group game three years ago. United won that evening 3-0, with Paul Pogba scoring twice, ahead of finishing runner-up in a group won by Ronaldo and Juventus.

Ronaldo was on the losing side the last time he played at Wankdorf Stadium in December 2018, though Juventus had already advanced. Unai Emery’s Villarreal hosts Atalanta in its return to the Champions League after 10 years. The Spanish club made it back by defeating Manchester United in the Europa League final last season. Atalanta is making its third consecutive appearance.

It’s been six years since Wolfsburg last played in the Champions League group stage. The key to its success has been a solid defense. In the Bundesliga last season, Wolfsburg’s 37 goals conceded was fewer than every other team except Leipzig, and it has started this season with four wins and only one goal conceded.

It plays defending French champion Lille, which has won only once in five games so far in its new domestic campaign and conceded 11 goals. Lille coach Jocelyn Gourvennec will be without former Bayern Munich player Renato Sanches, who is out injured alongside Jonathan Bamba and Timothy Weah. Sevilla hosts Salzburg to begin what will be its fifth Champions League campaign in the last seven seasons.

Chelsea opens its European title defense against Zenit St. Petersburg, still unbeaten at the start of the English Premier League and with returning striker Romelu Lukaku already scoring three goals. Juventus is struggling without Ronaldo as it prepares for a visit to Malmo.

The Bianconeri have lost two straight in Serie A since Ronaldo went back to Manchester United and overall have earned only one point. Moise Kean, who was brought back to Turin to replace Ronaldo, made a major gaffe in Saturday’s 2-1 loss at Napoli.

Fresh off a two-goal performance for Italy, Kean redirected a Napoli corner back toward his own goal with a header, leading to Kalidou Koulibaly’s tap-in for the winner. Meanwhile, Ronaldo has had two braces for Portugal and United, respectively, since he departed Turin.