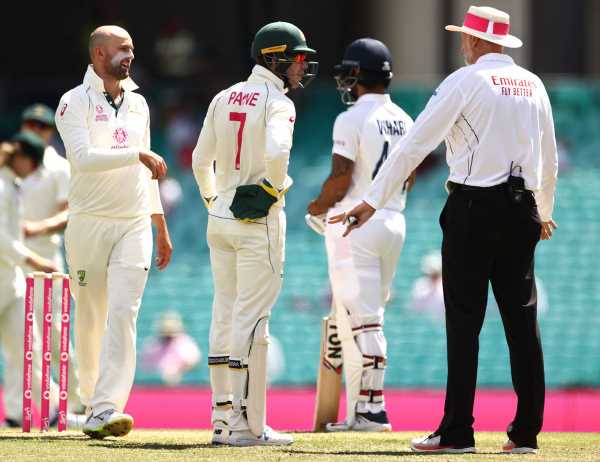 Australia skipper Tim Paine lost his cool on on-field umpire Paul Wilson following an unsuccessful review on Day 3 of the ongoing third Test against India, at the Sydney Cricket Ground, on Saturday.

Australia appealed for a catch off Cheteshwar Pujara’s inside edge at short leg by Matthew Wade, off the bowling of Nathan Lyon, which was turned down by umpire Wilson following which the hosts opted to take the review.

Third umpire Bruce Oxenford was unable to find any conclusive evidence on Snicko and Hot Spot and stayed with the umpire’s call.

Paine lost his cool and had a verbal exchange with Wilson. The Australian skipper did not hold back and was heard on stump microphone, saying that the third umpire needed to examine the off-side Hot Spot rather than looking at just the leg-side version, reported the Sydney Morning Herald.

Wilson replied that the third-umpire had made the final call, and hence Paine should not be saying anything to him.