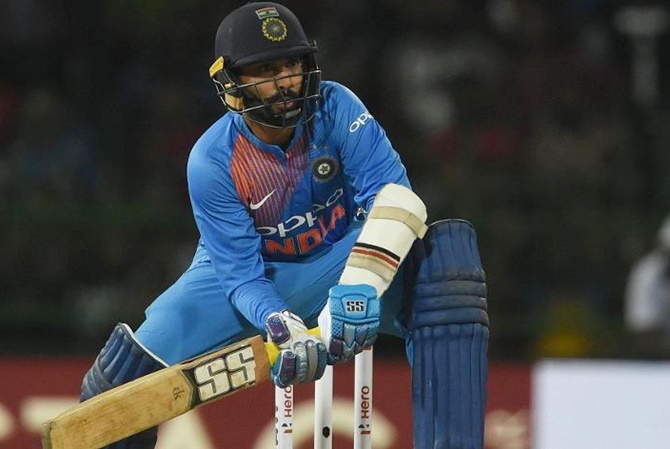 Dinesh Karthik has been recalled to the Indian team for the T20I series against South Africa, which begins at the Arun Jaitley stadium in New Delhi on Thursday, June 9, 2022.

Karthik last played a T20 game for India in 2019 against Australia.

He excelled in a new role as finisher for the Royal Challengers Bangalore in IPL 2022, scoring 330 runs in 16 games at an average of 55, with one half-century.

On Tuesday, Head Coach Rahul Dravid reposed confidence in the 37 year old, saying Karthik has been able to show skills at the backend of the innings for the last 2-3 years.

‘He has been able to be a point of difference for teams he has played,’ Dravid said. ‘He has been picked to bat in that kind of position and to see whether he can replicate those performances for India as well.’