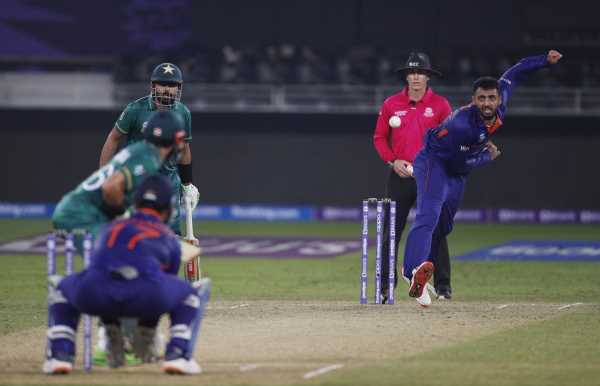 “Varun Chakravarthy has a left calf issue. He was not available for selection for this game,” read a statement from the BCCI.

Chakravarthy went wicketless in the two games that he played, and had the injury not cropped up, he was to be benched as neither Pakistan nor New Zealand did have any problem in facing him.

Ravichandran Ashwin, who last played an international game in June in the World Test Championship, finally got a match after nearly four-and-a-half months.

In fact, Ashwin is playing a white-ball game after four years, having last donned the blue jersey in the West Indies back in 2017.