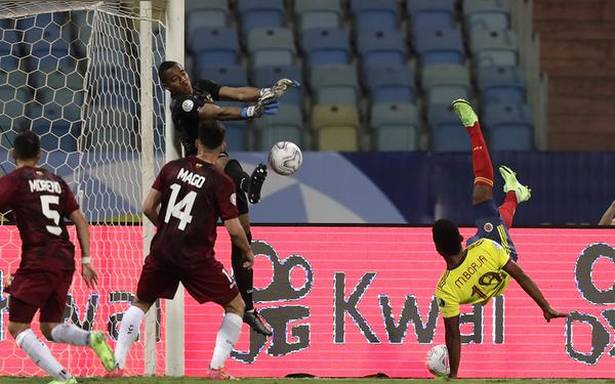 Brazil changed half of its starting lineup to face Peru on Thursday in its second Copa America match and still cruised to a 4-0 victory.

It was the Selecao’s ninth consecutive victory, and another display that suggests the tournament hosts are the favourites to defend their South American title.

The result puts Brazil atop the Group B standings with six points. Colombia is two points behind after its 0-0 draw with Venezuela.

Neymar reached the mark in 107 games and is now just nine behind Pele, who scored 77 goals in 92 games.

“It’s obviously a great honour for me to be part of the Brazil team’s history,” a tearful Neymar said.

“To be completely honest, my dream was always to play for Brazil, to wear this shirt. I never imagined I would reach these numbers.”

Pele backed Neymar and wrote on Instagram, “Today, he took another step towards my goalscoring record for the (national team). And I’m rooting for him to get there.”

An understrength Venezuela managed just one shot at goal for the second game in a row but shut out a superior Colombia.

Venezuela mustered just one shot at goal compared to Colombia’s 17, requiring a dazzling performance from its goalkeeper Wuilker Farinez to keep a clean sheet.