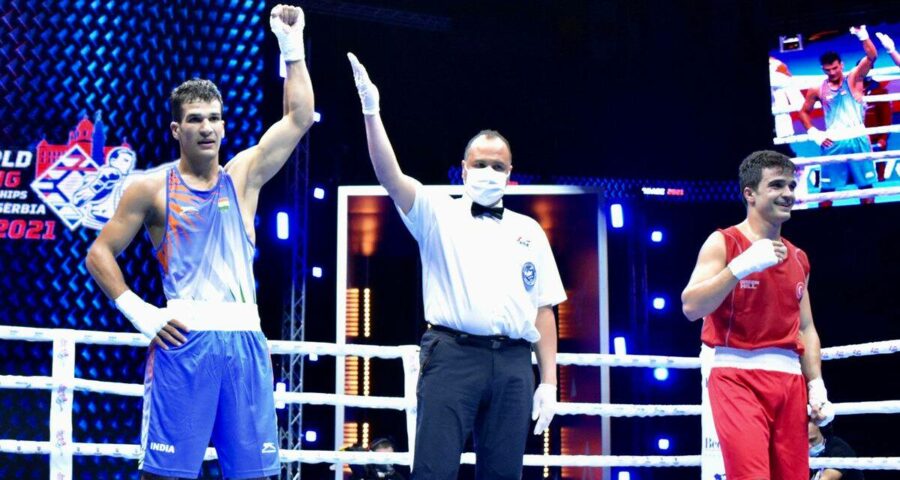 Akash Sangwan (67kg) stormed into the second round with a comprehensive 5-0 triumph over Turkey's Furkan Adem in his opening bout at the AIBA men's world championships. 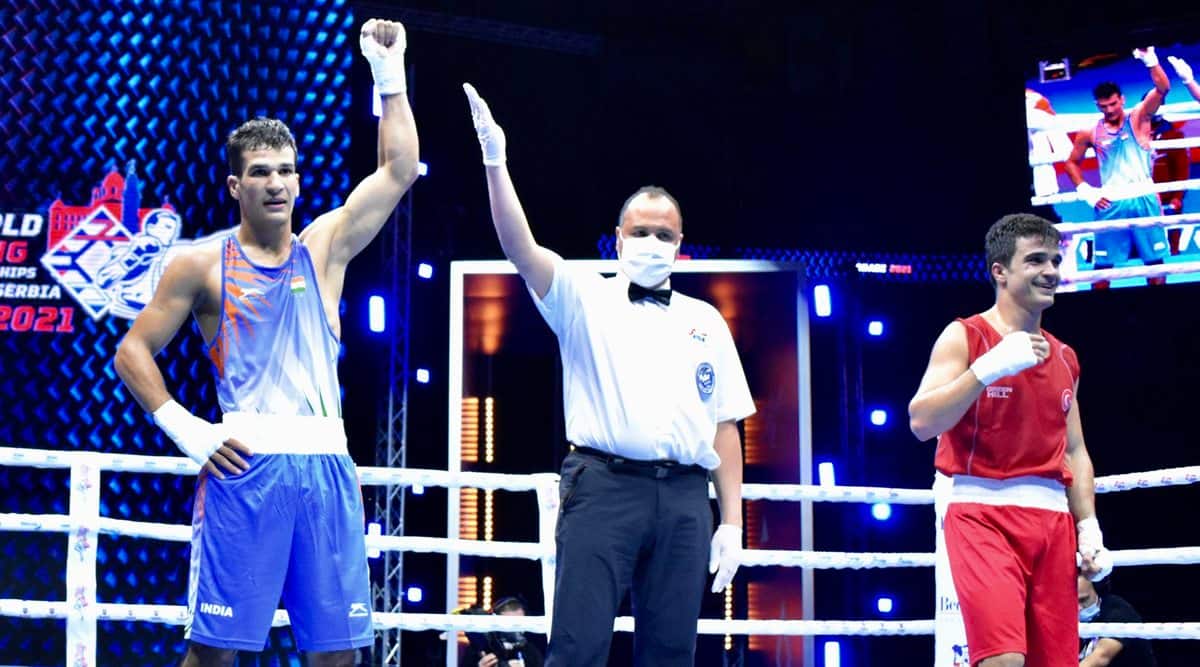 Indian boxer Akash Sangwan (67kg) stormed into the second round with a comprehensive 5-0 triumph over Turkey’s Furkan Adem in his opening bout at the AIBA men’s world championships.

Sangwan, a reigning national champion, will next face Germany’s Deniel Krotter, who got a first-round bye. The Indian dominated Adem in a lop-sided contest held late last night.

Earlier, another debutant Rohit Mor (57kg) gave India a winning start by sailing past Ecuador’s Jean Caicedo 5-0 in a confident opening-round performance this evening. Next up for him is Bosnia and Herzegovina’s Alen Rahimic.

While Sachin will face American Robby Gonzalez in the second round on October 30, Sanjeet will be up against Russian Andre Stotskii in his opening bout on October 29.

With more than 600 boxers from over 100 countries in fray, a lot of competitors will have to win at least three bouts in some categories to get to the quarterfinal stage.

Five-time Asian medallist Shiva Thapa (63.5kg) is one such boxer.

Thapa, who won a bronze at the world showpiece in 2015, will open his campaign against Kenya’s Victor Odhiambo Nyadera later in the day.

Asian silver-medallist Deepak Kumar (51kg), who impressed last year with his giant-slaying performances en route to a silver at the prestigious Strandja memorial tournament, will square off against Kyrgyzstan’s Azat Usenaliev.

Sumit (75kg) will join Thapa and Deepak in competing on the day when he takes the ring against Jamaica’s Damon O’Neill.

Also in action would be Narender (+92kg), squaring off against Poland’s Oskar Safaryan.

The gold-winners at the showpiece will walk away with a prize money of USD 100,000.

The silver medallists are to be given USD 50,000, and both bronze-medallists will be awarded USD 25,000 each. The total prize purse stands at a whopping USD 2.6 million.