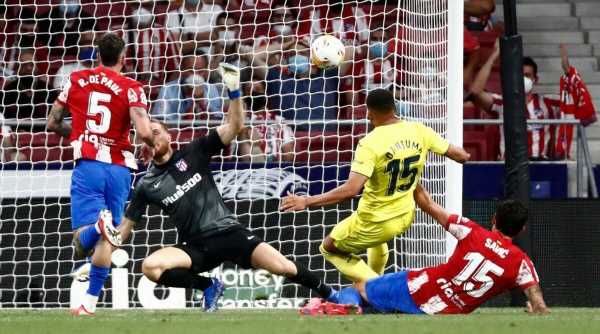 Coach Unai Emery pulled his jacket back in disgust, almost ripping it, after seeing his team's chance of a big win over the defending Spanish league champion slip away in a dramatic way. 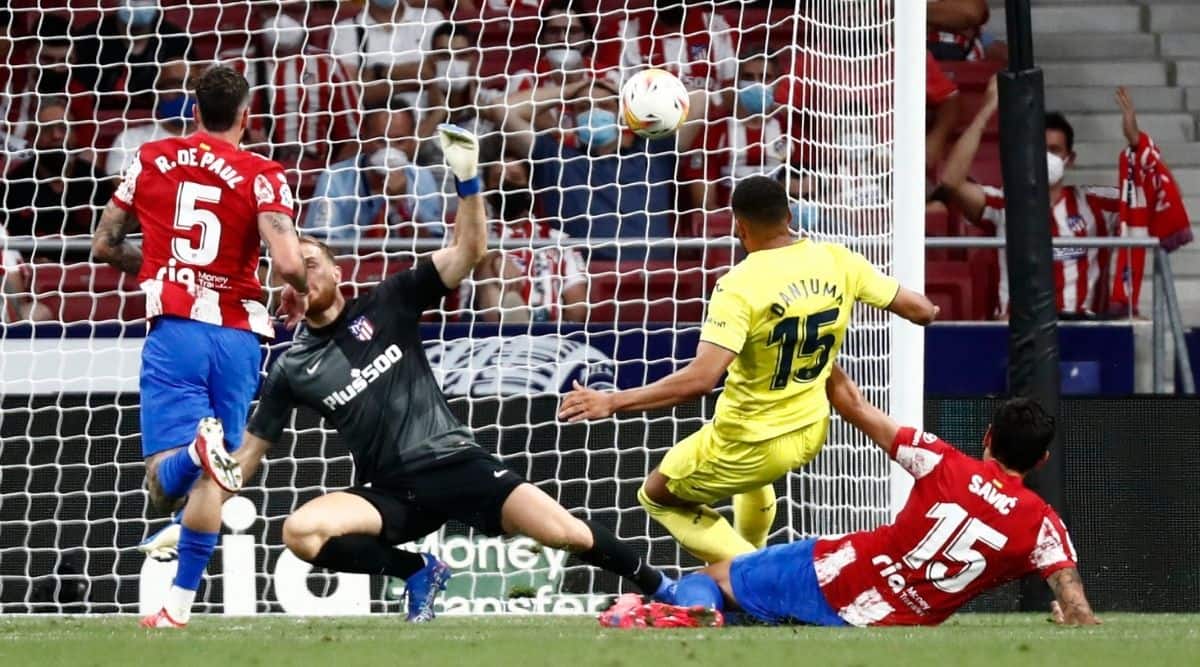 As the ball trickled across the goal line for one of the most bizarre own-goals this season, Villarreal players dropped to the ground in despair.

Coach Unai Emery pulled his jacket back in disgust, almost ripping it, after seeing his team’s chance of a big win over the defending Spanish league champion slip away in a dramatic way.

Villarreal had to settle for a 2-2 draw against Atletico Madrid on Sunday after defender Aissa Mandi headed the ball into his own net in the last minute of stoppage time at the Wanda Metropolitano Stadium.

“I’ve been kicking the walls and hitting bottles for the past half-hour in the locker room,” Emery said.

“A draw against Atletico is not a bad result but the way it happened, it hurts.” With no one near him, Mandi tried to pass the ball back into his area but didn’t realize that goalkeeper Geronimo Rulli was out of position. Rulli wasn’t expecting the pass back and could do nothing but watch the ball slowly roll past him.

“We played well against a very difficult opponent, the defending league champions, but soccer can be like this. In the end this can happen to anyone. You just have to move on.”

Luis Suerez scored in his first start of the season but Atletico couldn’t take advantage of its chance to become the only team with three straight victories. Sevilla also entered the weekend with two wins but was held to a 1-1 draw at Elche on Saturday.

Atletico was in control during most of the match but struggled to keep the visitors from threatening in counterattacks.

Villarreal opened the scoring with Manu Triguero’s shot into the top corner in the 52nd before Suerez equalized four minutes later after being set up by Angel Correa, who had three goals in his first two matches.

Suerez had come off the bench in Atletico’s first two matches while recovering form following preseason.
Arnaut Danjuma put Villarreal ahead in the 74th after a blunder by the Atletico defense as Kieran Trippier and Stefan Savic got mixed up while going for a ball near the area. The late blunder at the end allowed Atletico to equalize.

Memphis Depay continued his good run with Barcelona, scoring the winner in a 2-1 victory over Getafe.
It was Depay’s second league goal for Barcelona, which has won two of its first three matches in its first season without Lionel Messi in nearly two decades.

The Catalan club failed to give him a new contract because of its financial struggles and Messi, later Sunday, came off the bench in the second half to make his debut with Paris Saint-Germain.

Depay, Barcelona’s biggest offseason signing, had also scored in the team’s 1-1 draw at Athletic Bilbao last weekend. He found the net Sunday after a neat move in front of a defender inside the area, sending a low shot inside the near post in the 30th minute.

Sergi Roberto had opened the scoring two minutes into the match at the Camp Nou Stadium after a cross by Jordi Alba.

“We were coming off a draw so we needed the win no matter what ahead of the international break,” said Roberto, who had also scored in Barcelona’s opening 4-2 win against Real Sociedad.

“It was a difficult match but we came through with the victory.”

Getafe, which has lost three straight, equalized with a shot from Sandro Ramirez in the 18th. It was Getafe’s first league goal of the season.

“It’s been a tough start to the season for us but we have to keep working hard to try to recover,” said Ramirez, a former Barcelona player.

Barcelona forward Martin Braithwaite, who scored twice in the opener against Sociedad, had a goal disallowed for offside near the end of the match.

Depay nearly added his second from close range in the 85th, but sent the ball over the crossbar.

More than 26,000 fans were allowed at the Camp Nou, the same as in the Wanda Metropolitano for Atletico’s match.
Barcelona has seven points and is level with rival Real Madrid, which won 1-0 at Real Betis on Saturday. Atletico, Sevilla, Valencia and Mallorca also have seven points.

Promoted Rayo Vallecano won for the first time since its return by routing Granada 4-0.

Cadiz missed a chance to end its winless streak by allowing Osasuna to rally to a 3-2 victory after conceding twice in injury time.