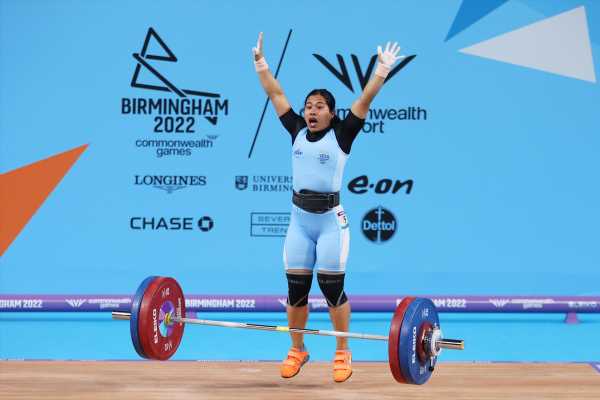 Bindyarani Devi produced a tremendous effort to secure a silver in the women’s 55kg category as India secured a fourth weightlifting medal at the Commonwealth Games in Birmingham on Saturday.

Soon after Mirabai Chanu won gold, the 23-year-old created a Games record by lifting 116kg in the clean and jerk after a personal best of 86kg in the snatch section, totalling 202kg.

“It is my first Commonwealth Games and I feel very happy about the silver and about the Games record as well,” Bindyarani said. 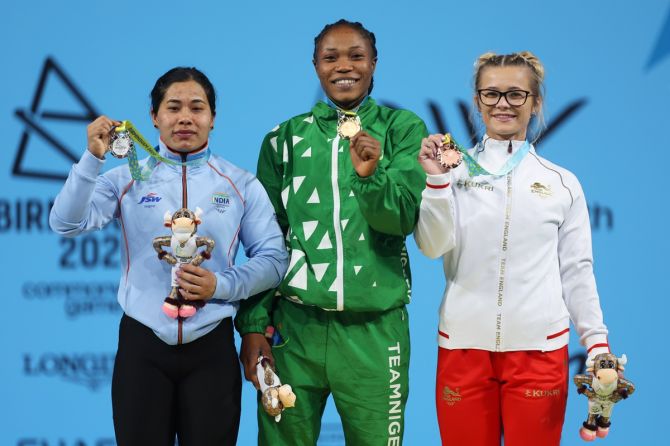 Like Chanu, Bindyarani too hails from Manipur. She won the Commonwealth Championships gold in 2019 before getting a silver in the 2021 edition.

Daughter of a farmer who also owns grocery shop, Bindyarani took up weightlifting due to her short stature.

“I was into taekwondo from 2008 to 2012; after that I shifted to weightlifting. I had a height problem so had to shift. Everyone told me my height is ideal for weightlifting. So I changed.”

Bindyarani was in the bronze medal finish after the snatch section with a personal best of 86kg, behind Olarinoye (92kg) and Fraer (89kg).

The Indian made an unsuccessful second attempt for 115 kg before lifting a kilogram more to elevate her to silver medal position from bronze as Morrow fluffed her final 115kg attempt.