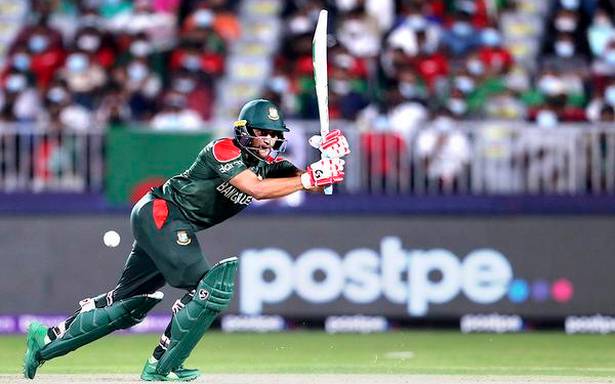 PNG, already out of the tournament, eyes an elusive win

Bangladesh, its campaign back on track, will start as the overwhelming favourite when it faces Papua New Guinea in a must-win Group-B league game of the T20 World Cup here on Thursday.

Bangladesh suffered a shock six-run defeat against Scotland. But the Mahmudullah-led side bounced back to defeat Oman by 26 runs on Tuesday.

Bangladesh will need a win to keep its chances of making it to the Super12 alive, as it only has two points from two games and is placed third with a net run-rate of +0.500.

A win against Papua New Guinea will give it two crucial points and then it would also hope that Oman loses its final game against Scotland, which has already qualified from the group, to ensure its passage into the next stage.

The role of star all-rounder Shakib Al Hasan would be crucial for the Asian side. Shakib has been among the runs and wickets and he could pose a serious challenge to the PNG batters on a track that assists the spinners. Mahmudullah had conceded that the team would have to improve in a lot of areas despite the win against Oman.

Meanwhile, the Assad Vala-led PNG has lost both its games and is already out of contention.