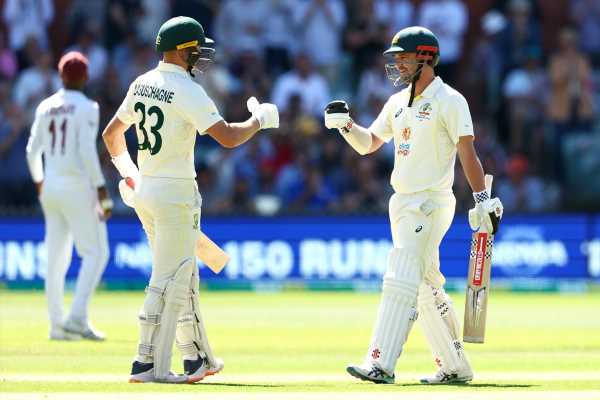 Australia’s Travis Head fell short of a maiden double hundred as the hosts declared their first innings on 511-7 and reduced West Indies to 102-4 to tighten their grip on the day-night second Test at the Adelaide Oval on Friday.

Head smashed a career-best 175 and combined in an epic 297-run partnership for the fourth wicket with Marnus Labuschagne, whose 163 followed his 204 and 104 not out in the series opener in Perth. Tagenarine Chanderpaul was batting on 47 at stumps with Anderson Phillip on one at the other end.

West Indies, still 409 behind, will need something extraordinary to escape a 2-0 series defeat.

Earlier, after the home side resumed on 330-3, Head overtook Labuschagne to the 150-mark reaching the milestone in 182 balls.

Devon Thomas finally broke the stand when he had Labuschagne caught behind after the batsman’s 305-ball knock which included 14 fours.

Thomas nearly removed Cameron Green (nine) with the next delivery but the edge fell tantalisingly short of the slip fielder.

Head looked in imperious form but an almighty mix-up with Green put paid to his hopes of a Test 200. The left-hander hit 20 fours in his whirlwind knock.

Alex Carey made 41 not out down the order before Steve Smith, leading the side in the absence of regular skipper Pat Cummins, declared their innings 20 minutes before the tea break. 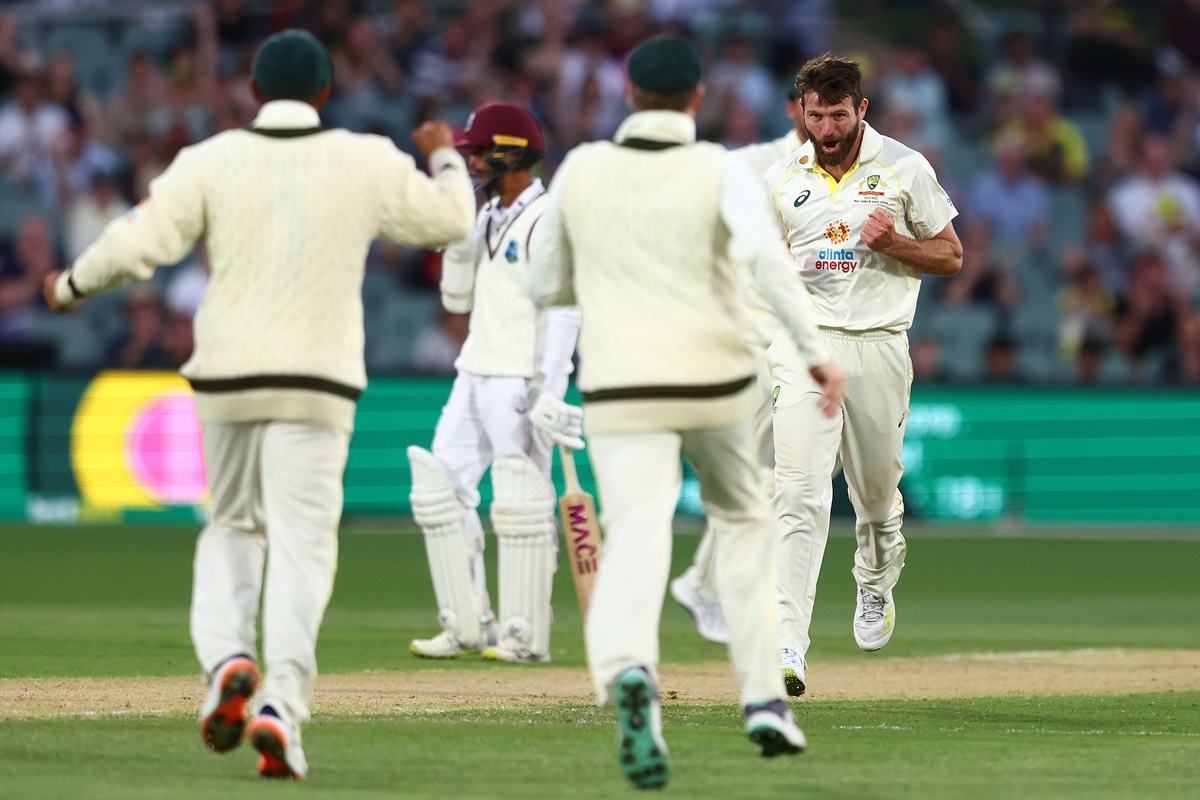 Michael Neser gave Australia the breakthrough with the ball by dismissing West Indies captain Kraigg Brathwaite (19) caught by Carey and they combined again to send back Shamarh Brooks (eight).

Nathan Lyon took a return catch to remove Jermaine Blackwood (3) and Thomas (19) dragged a Green delivery onto his stumps as the tourists slumped to 90-4.

“The boys set it up with the bat, kept them out there for nearly two days and we took advantage of the evening conditions,” Naser said.