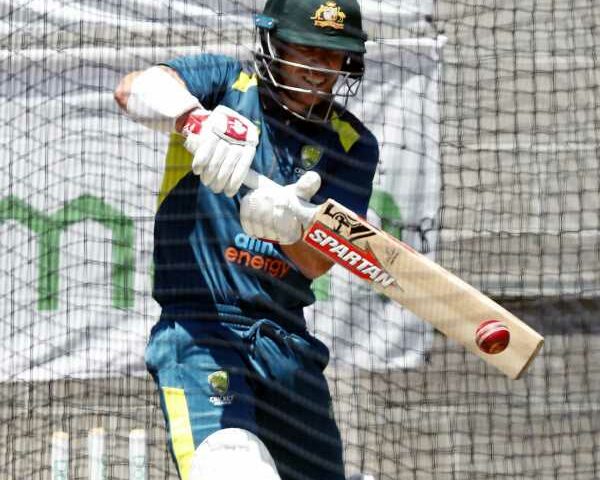 Australia coach Justin Langer has all but confirmed David Warner will return for the third Test against India and said uncapped opener Will Pucovski is available for selection after clearing concussion protocols.

Regular opener Warner has been racing to be fit for the Sydney Cricket Ground (SCG) Test starting on Thursday after missing the first two matches in Adelaide and Melbourne with a groin strain.

Warner admitted last week he was unlikely to be fully fit but Langer told reporters on Tuesday the lefthander was ‘very, very, very likely’ to play at the SCG where Tim Paine’s Australia will hope to take a 2-1 lead in the four-match series.

Warner is expected to replace the dropped Joe Burns but selectors will have to decide whether Pucovski should partner Warner at the top of the order or retain Matthew Wade as a makeshift opener.

Pundits have expressed concern about the risks of picking 22-year-old Pucovski, who was unavailable for the first Tests after suffering concussion when struck in the helmet by a short ball in a tour match.

Pucovski has a history of concussion problems and India’s pace attack, led by the formidable Jasprit Bumrah, pelted the Australians with bouncers in Melbourne, striking specialist batsmen Marnus Labuschagne and Wade on the helmet.

Yet Langer said there was ‘no reason’ why Pucovski could not be selected.

“All the concussion protocols … have been passed,” he said.

Pucovski’s inclusion would likely mean Wade reverting to his usual spot in the middle order and batsman Travis Head being dropped after scores of 38 and 17 in the defeat in Melbourne.

Langer said Head was a ‘good player’ but declined to back his inclusion for Sydney.

“He’s one of the guys currently in the team. Whether that changes for this game, I can’t tell you. We’ve got some decisions to make … probably after this afternoon’s (training) session.”