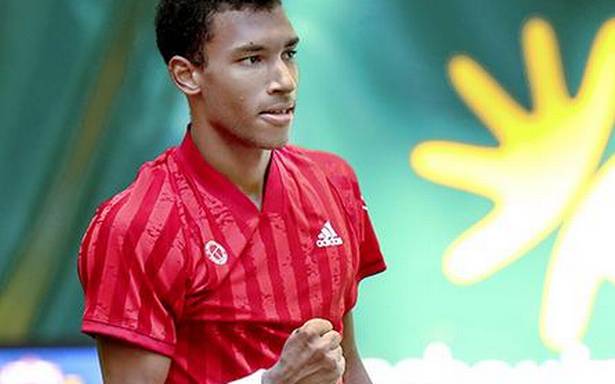 Roger Federer suffered a setback in his preparations for Wimbledon after crashing out of the second round of the Halle Open on Wednesday.

Federer, bidding to win a ninth title at Wimbledon which starts June 28, suffered a shock 4-6, 6-3, 6-2 defeat to 20-year-old Canadian Felix Auger-Aliassime, who is almost half Federer’s age.

Federer is exactly 19 years older than Auger Aliassime as the pair share the same birthday on August 8, while the Swiss ace turns 40 this year.

“It’s amazing, for sure I didn’t expect this,” said Auger-Aliassime after beating one of his heroes at the first attempt on the ATP tour. “I thought he would be gone by the time I joined the tour,”

“I was a little nervous when I realised I could win, but I was playing really well, almost perfect tennis.”

Despite losing the first set, Auger-Aliassime, ranked 21 in the world, showed no signs of being intimidated by Federer, who has won 20 Grand Slams.

The Canadian blasted down 13 aces and earned 15 break points, of which he managed to convert just three.

Meanwhile on Tuesday, Andy Murray made a winning return to action easing into the second round of Queen’s with a 6-3, 6-2 victory over Benoit Paire.