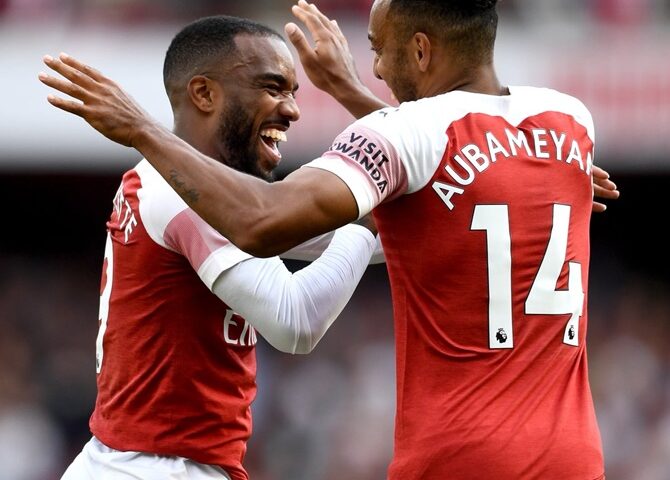 While Aubameyang has tested negative since and is in contention to feature against Chelsea on Sunday, strike partner Lacazette is still recovering from the illness.

Others in the squad who returned positive tests include goalkeeper Alex Runarsson and winger Willian, both of whom are unlikely to take part in Chelsea’s visit to the Emirates Stadium.

Manager Mikel Arteta’s side have been further depleted by injuries to Thomas Partey, Gabriel Magalhaes and Eddie Nketiah, with all three ruled out for Sunday.

Arsenal, who lost 2-0 to Brentford last week, have a series of tough fixtures ahead of them, with the Chelsea game followed by a trip to champions Manchester City.

Brighton & Hove Albion manager Graham Potter has encouraged players to get vaccinated against COVID-19 after losing a family member to the disease.

The number of positive tests in the Premier League have been on the rise recently, with 11 new cases reported in the latest round of testing on Monday.

“I’ve had first-hand experience of a family member that wasn’t vaccinated and unfortunately lost their life with the illness,” Potter said ahead of Saturday’s Premier League home game against Watford.

“He was 48 — not the same age as the players of course, but young with two kids, so it’s tragic.

“I would advise (vaccination) because I don’t want anybody else to go through that,” Potter added.

“It was devastating to go through and witness, and tragic for the family. It was last week, unfortunately. It was a quick illness, (he) responded badly to it and went downhill really quickly.”

Chelsea defender Emerson has joined French side Lyon on loan for the rest of the season, the Premier League club said on Thursday.

The 27-year-old, who moved to Chelsea from Roma in January 2018, has made 71 appearances in all competitions for the London side, winning the Europa League in 2019 and the Champions League last season.

Emerson played four times for Italy — including the final against England — during their victorious Euro 2020 campaign, and even came off the bench in Chelsea’s 3-0 win over Crystal Palace in their Premier League opener last week.

The fullback joins a struggling Lyon team that has just one point from their opening two fixtures in Ligue 1. They host Clermont Foot on Sunday.