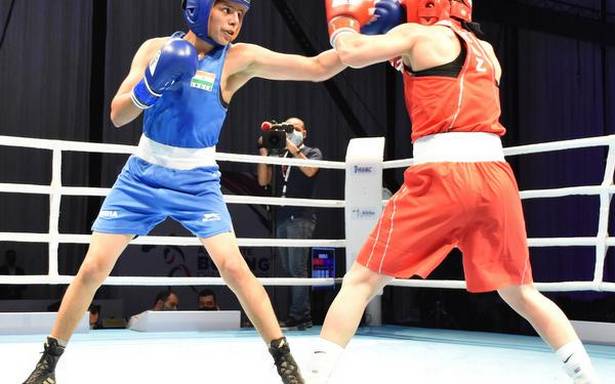 Mary overcame a strong challenge from Mongolian Lutsaikhan Altantsetseg with a 4-1 verdict in a 51kg semifinal bout to set up a title clash with Nazym Kyzaibay of Kazakhstan.

The Olympic-bound Mary had a tough start as Lutsaikhan landed a few left shots to take the first round. In second and third rounds, Mary stepped up her attack as she reached out to her taller opponent and delivered straight punches and upper cuts to win the bout.

Sakshi upset top seed Dina Zholaman 3-2 in a 54kg last-four clash. The Indian relied on her straight shots even as she received a flurry of punches from the Kazakh. Sakshi will meet Uzbek Sitora Shogdarova in the final.

In an event with depleted fields in the majority of weight classes, seven of the 10 Indian women began their campaigns from semifinals.