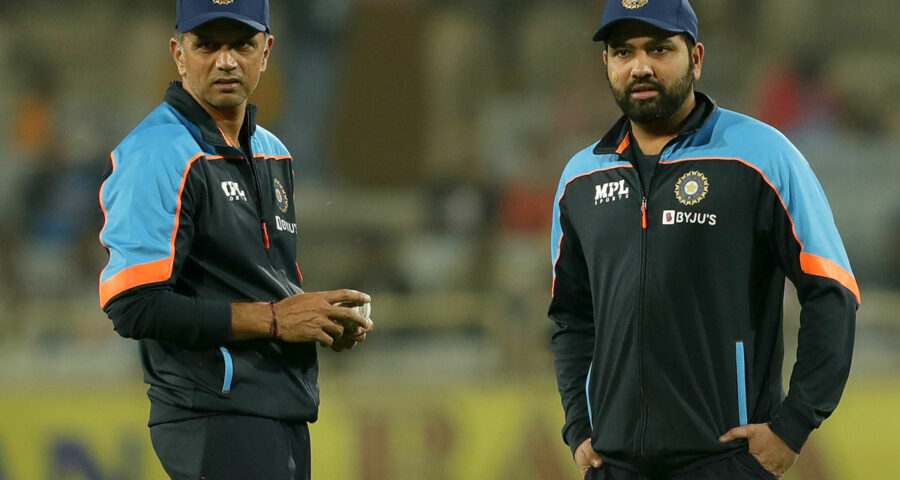 India suffered another failure in a major T20 tournament after being knocked out of Asia Cup 2022 in the second round.

India lost successive games to Pakistan and Sri Lanka in the Super Four stage of the Asia Cup as they failed to advance to the final in Dubai — the same venue where they were knocked out in the group stages of last year’s T20 World Cup.

India have only themselves to blame for their below-par showing in the Asia Cup as they struggled to put up consistent performances with both bat and ball.

K L Rahul was unable to give the team good starts, while the bowling in the final overs proved to be a big problem in Jasprit Bumrah’s absence.

Inexplicably, the selectors left out Mohammed Shami despite his superb showing in IPL 2022, going in with just three pace bowlers which turned out to be a big handicap after Avesh Khan was ruled out with illness.

The frequent changing and chopping of the team is another key factor behind the inconsistent performances, with quality finisher Dinesh Karthik relegated to the bench, while Rishabh Pant continues to get chances despite his below-par showing in white ball cricket.

While India have done well in bilateral T20I series, winning six out of their last seven series with one finishing level 2-2, they have failed to crack the code in the big events.

Harish Kotian explains why India flopped in the Asia Cup: 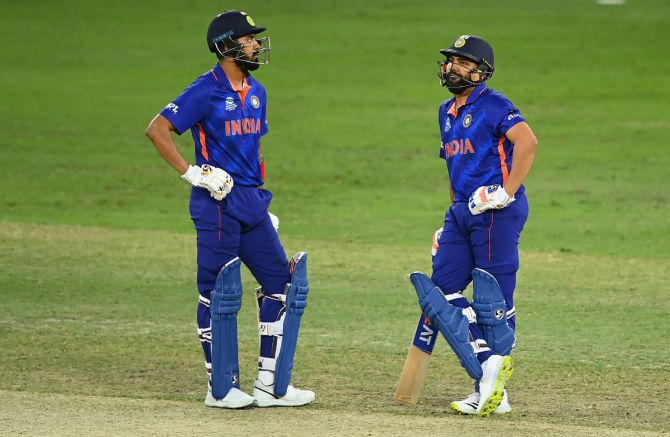 In T20 cricket, teams which maximise the first six overs of the Powerplay, usually end up with good totals or are able to successfully chase down totals.

Opening proved to be India’s bane in the Asia Cup.

An inconsistent Rohit Sharma and a rusty K L Rahul haven’t been able to provide India with good starts in the competition.

In four games, they only registered just one partnership of 50 runs or more, when they put up 54 in 5.1 overs against Pakistan in the Super Four match.

But in the other three games, it has either been Rohit or Rahul, who have perished early, putting pressure on Virat Kohli at No 3, who to his credit despite all the unnecessary criticism recently has scored runs consistently in the Asia Cup. K L Rahul made a comeback during the ODI series in Zimbabwe last month after spending a couple of months away because of injury, before he was fast tracked into the Asia Cup team.

But he has struggled to make an impact with the bat, with just 70 runs in four matches.

With Shubman Gill not picked despite his good recent run, India doesn’t have another batter to replace the struggling Rahul.

If he doesn’t get back among the runs in the match against Afghanistan, the selectors will struggle to justify Rahul’s place in the team. Dinesh Karthik has done exceedingly well in his role as the finisher in T20 cricket this year, both for for RCB in IPL 2022 and the Indian team.

DK seemed to have adapted to the role well, playing match-impacting cameos by taking on the bowlers in the last few overs.

And just when it seemed DK was in for the long run, the team management strangely decided to experiment by leaving him out for Rishabh Pant, who failed to make most of the opportunities.

In the two innings Pant has batted in the Asia Cup, he scored 31 runs from 25 balls, with the coach and captain clearly confused whether to use him as a middle order batter or as a finisher in the end overs.

Also, playing two leg-spinners against Pakistan was a big mistake. The ploy to leave out off-spinner Ravichandran Ashwin against Pakistan backfired as left-hander Mohammad Nawaz, promoted from No 8 to No 4 to attack the leg-spinners, made a telling difference with a quickfire 20-ball 42. The national selectors are also guilty of overconfidence or perhaps not showing enough respect to teams like Pakistan and Sri Lanka.

How else can we explain their weird decision of including just three specialist fast bowlers in the Asia Cup squad? Especially, when captain Rohit said after losing to Sri Lanka on Tuesday that they were experimenting with three seamers in the playing XI to prepare for the T20 World Cup.

This shows the absolute lack of co-ordination between the selectors and the team management. There was no cover in the pace bowling department after Avesh Khan missed back to back matches against Pakistan and Sri Lanka with illness, which proved to be quite critical as Hardik Pandya struggled with the ball.

Deepak Chahar has been called up to replace Avesh, but it has come too late with India eliminated from the Asia Cup following Pakistan’s victory against Afghanistan. 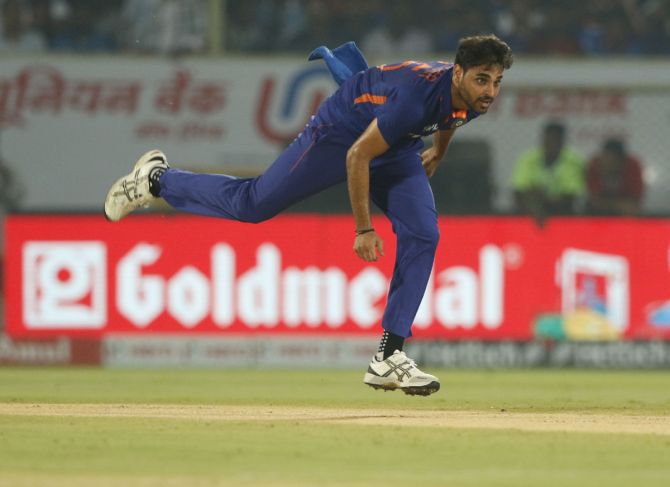 With Hardik struggling and no third seamer in the line-up, India have struggled to contain the flow of runs in the death overs.

The experienced Bhuvneshwar Kumar faltered at crucial stages in the two Super Four matches. Pakistan’s batters hit Bhuvneshwar for 19 runs in the 19th over to snatch victory from a difficult position and Sri Lanka did the same when they hit the pacer for 14 runs in the penultimate over to clinch victory in a thrilling run chase.

India will do well to groom someone like Umran Malik, who showed in IPL 2022 that he cane be quite lethal in the final overs with his deadly yorkers.