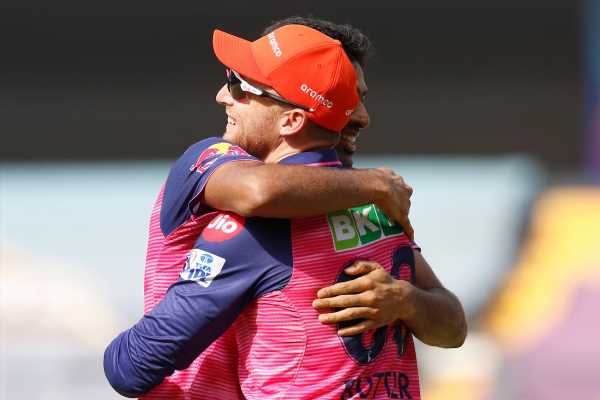 In a short video clip posted by the Royals, the Englishman is seen requesting Ashwin for his signature.

Ashwin then signs two memento jerseys for Buttler with a smile. Before leaving the bio-bubble, the Orange Cap holder was collecting the signatures of his team-mates to carry home memories of this IPL season which he dominated like a colossus.

During IPL 2019, Ashwin and Buttler were involved in a controversy after the then Punjab Kings spinner ‘Mankaded’ Buttler. An unpleasant verbal exchange followed.

Three years later, the Rajasthan Royals signed up Ashwin and the former adversaries found themselves in the same team. Buttler and Ashwin were part of some good moments this season, both on and off the field.