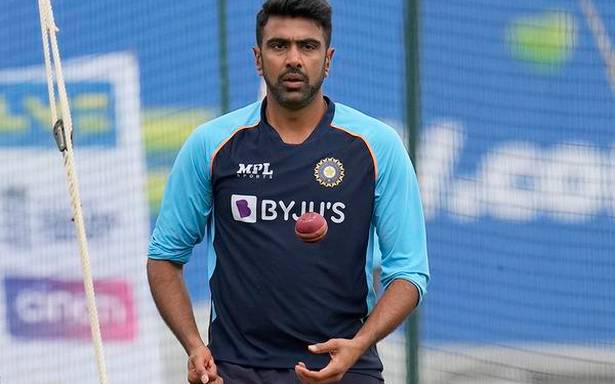 Ravindra Jadeja, with two wickets from last three Tests, was persisted with for his left-handed willow wielding.

A couple of days back, Ravichandran Ashwin posted pictures on social media in which he was seen doing shadow batting. In one, he was playing the cover drive and in the other, he could be seen practising leaving the deliveries.

Nothing was out of place only that he was practising left-handed and the accompanying tweet read "The desire to ignite something different everyday never burns out." It was perhaps his way of telling the world that may be "left" would have been the "right choice".

On Thursday, Indian skipper Virat Kohli once again announced at the toss that India’s fourth highest wicket-taker in Test cricket would not be among the five best bowlers who would be playing the Oval Test against England.

Ravindra Jadeja, with two wickets from last three Tests, was persisted with for his left-handed willow wielding.

"It’s something that we thought is a good match-up for Jadeja as well, because mostly all our seamers bowl over the wicket. It’s a nice little spot for the left-handers as well.

"I think according to the match-ups, it fits perfectly for our team – plus the balance he is giving us with the bat as well currently," explained Kohli.

But were observers of the game convinced? "The non selection of ashwinravi99 has to be greatest NON selection we have ever witnessed across 4 Tests in the UK !!! 413 Test wickets & 5 Test 100s !!!! Madness," former England captain Michael Vaughan was aghast on twitter.

One can discount Vaughan, whose comments on Indian cricket can be way off the mark, but even the normally reticent and elegant Mark Waugh was sharp.

Sunil Gavaskar, who had advocated for inclusion of an extra batsman on the day, however said that once the team is announced, he would like to back it and hold his opinions till the result is out.

It is very difficult to predict how this Test will pan out, India might end up winning it but one thing that has come out is skipper Kohli’s thought process, which is conviction for his backers but stubborn bordering on being obstinate to his baiters.

Otherwise, it is difficult to explain how on a track which is traditionally known to favour slow bowlers, a man who had a six-for in a county game not too long back can be overlooked again and again.

Jadeja the batsman, with 133 runs in his kitty this series, has been pressed into action because an Ajinkya Rahane has totalled 95 in three Tests and the skipper is yet to get to a hundred in the four Test matches in UK (including World Test Championship final) this season.

He hasn’t got a hundred since November 2019, in a two-day Pink Test against Bangladesh.