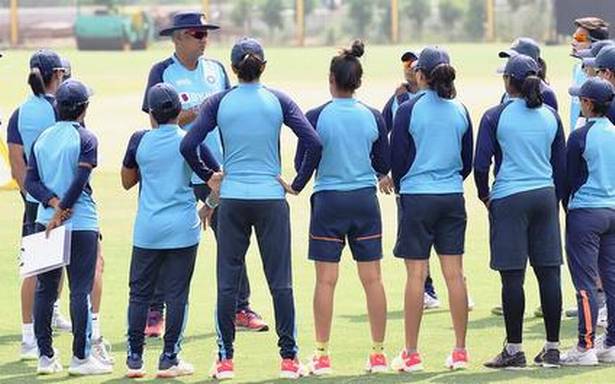 Over the last couple of years, W.V. Raman, as head coach of the Indian women’s team, enjoyed success, guiding it to the final of the T20 World Cup in 2020.

Last week, he was replaced by Ramesh Powar. Being a seasoned coach, Raman has moved on. However, he is always ready to talk about cricket.

In a chat with Sportstar, Raman talks about the road ahead for the Indian women’s team and what they should keep in mind ahead of the tour of England and Australia. Excerpts:

India will be playing a Test after seven years. Do you think that this is the right time for this team to venture into the longer format again?

There is no such thing as the right timing or whatever. When the girls are doing well and there is a lot of interest being generated, I think perhaps the administration feels that it is the right time to try and engage them in the Test format. As far as the girls are concerned, it is a case of opportunity for them to try and gauge their skills, test themselves and prove themselves about how good they are in this format as well.

What are the challenges that the players will face?

They will have the benefit of being allowed a lot of follies to be committed because they are playing after a long time. They will have that cushion because people will understand that it is not going to be easy for them to play Test cricket after seven years and that too, an away game, especially in England, where the ball can perhaps seam. I am not saying that they will not do well, but if in the event, they can’t do as well as expected, they will always have that leeway.

How do you see the fact that a lot of players will be playing red ball cricket for the first time, that too, without practice games?

That’s a good thing. They will not have any baggage in their heads, they might probably go out and do extraordinarily well. Everything is a matter of perception.

The thing is, it’s like the case of a bumble bee being told that it can’t fly because aerodynamically, it’s not built to fly. But it flies because nobody has told it that you can’t fly. Similarly, we do not have to tell too many things to the players who are young and have not played in a Test.

Ahead of the England tour, if you are asked for one suggestion, what will that be?

The most important thing is that they should live in the present. What is happening is something that will happen then. Gathering and talking to people who have played in England in the past is one thing, but going meticulously about what is told to them by people who have played this format, may also not be a great way to go about things. They have to go out and find out things for themselves.

After the England series, the Indian team will play a pink-ball Test against Australia. In a format where even the men’s team has struggled, will it be too big a challenge for the women?

Look, it’s like damned if you do, damned if you don’t. Let them have some experience. Why are we even taking it for granted that the girls will also find it difficult or they will have a bad game?

Let’s see how it pans out. Let them gain the experience, let them play and then only we can talk about it. Why are we even thinking of repairing something when it is not even needed. Let it all happen.