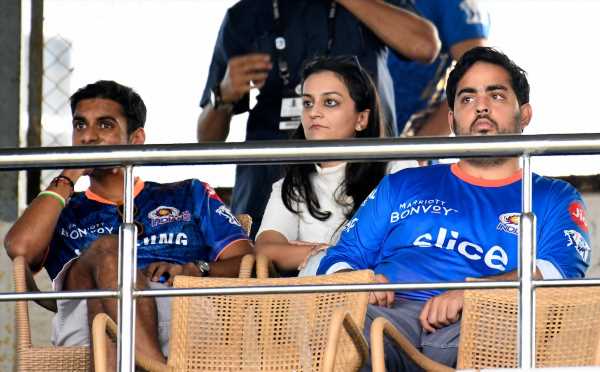 Mumbai Indians suffered their sixth consecutive defeat after going down to the Lucknow Super Giants by 18 runs at the Brabourne stadium in Mumbai on Saturday, April 16, 2022.

At one point, it seemed as if the five-time champions would finally add the first points to their tally, but they kept losing wickets. Before the game, PTI reported that former Australia all-rounder and current Delhi Capitals Assistant Coach Shane Watson had slammed the Mumbai Indians for spending over Rs 15 crore (Rs 150 million) on Ishan Kishan at the IPL auction, saying the talented opener was ‘not worth blowing nearly your whole salary on’.

It hasn’t surprised me that Mumbai Indians are at the bottom of the table because they had a shocking auction,’ Watson said during a conversation on The Grade Cricketer podcast.

‘Spending so much money on Ishan Kishan…He is a very talented and skillful player, but he’s not worth blowing nearly your whole salary on.’

‘And then, going for Jofra Archer, not knowing whether he is going to come back in. He hasn’t played cricket for quite a while. They have got quite a few holes in the team.’