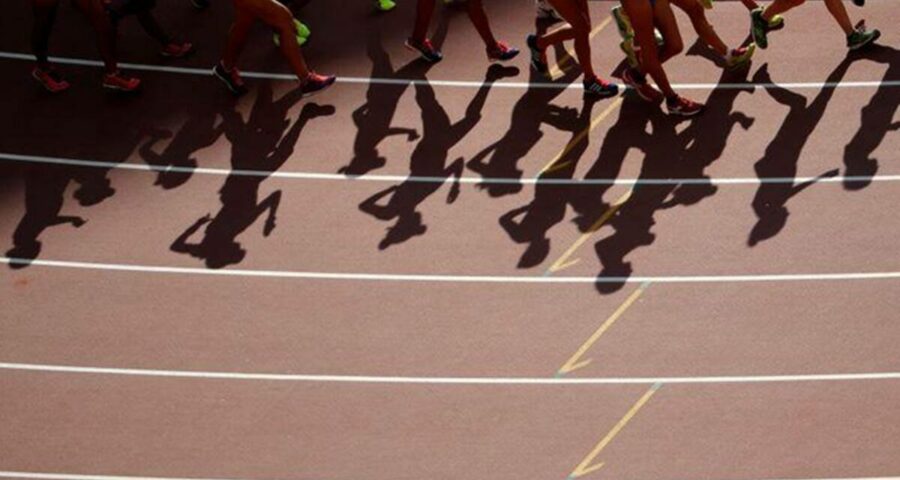 Most Indians who have qualified for the upcoming Tokyo Games are grounded due to the COVID-19 pandemic, which could dent their Olympic prospects.

The shooters are scrambling, and praying, to get their visas for Croatia stamped. Top track and field athletes, after four proposed trips fell through, will be happy if any country accepts them so that they can get out of a scorching Patiala.

The women’s and men’s hockey teams are keeping their fingers crossed that their plans to tour the Netherlands and Spain-Germany, respectively, do not get derailed. And table tennis veteran Sharath Kamal has a more modest hope – to be able to travel from Chennai to Pune, where he can train with mixed doubles partner Manika Batra.

As countries one after another shut doors on travellers from India due to the second wave of the pandemic, those seeking qualification for the Tokyo Olympics aren’t the only ones impacted.

A majority of the 91 athletes who have already made the cut for the Games, scheduled to begin on July 23, fear the home stretch of their preparations will be severely impacted, especially if they continue to train with the same intensity during the peak summer months.

On Friday, the National Rifle Association of India (NRAI) held a virtual meeting with the coaches, in which it was decided to assemble the 15 Tokyo-bound shooters in New Delhi by the third week of May in case the plan to travel to Croatia does not materialise. The shooters, who were in exemplary form before the pandemic began in 2020 and continued in the same vein this year, with several of them tipped for a podium finish at the Games.

Apart from Angad Vir Bajwa, who left for Italy a couple of weeks ago to fix his equipment and is also set to participate at the World Cup in Lonato from May 7, all others are in India and most of them have been practising at their homes, like last year. The NRAI hoped to send the team to Osijek, Croatia for an exposure camp. The team was also set to shoot in the non-competitive Minimum Qualifying Score category during the European Championship, which begins there on May 20.

“We are trying to gather all the required documents from shooters so that we can apply for the visa. The government is helping us but it eventually depends on whether the embassy is functioning and if they grant us the visas,” an NRAI official said. “If we are not able to send the team to Croatia, a camp will be held in New Delhi tentatively from May 20.”

To prepare for the Olympics in the harsh Delhi weather of May and June, when temperatures can reach the high 40s in Celsius, will come with its own set of challenges, especially for shooters in the 25m and 50m rifle/pistol and shotgun events for which training is outdoors. “It will be counterproductive to have long practice sessions at that time as there is a risk of falling ill,” a coach said. “We have to make do with whatever the scenario is. Maybe we can start really early in the morning, in the Tokyo time zone, to beat the heat. That will be one way to prepare for the Games.”

Shooters aren’t the only ones fretting over the prospect of training in extreme heat. At the National Institute of Sports (NIS) in Patiala, the top javelin throwers and the 100 metre and 400 metre runners who are part of the relay squads, are finding it increasingly difficult to practise with the same intensity.

The track and field athletes have already seen their plans of travelling to South Africa, Turkey, Poland and the Czech Republic failing to materialise because of pandemic-related restrictions.

Athletics Federation of India President Adille Sumariwalla said they are trying to get a ‘Schengen visa from a country, which could be the training base and from where our athletes could travel for competitions in Europe and return.’

Javelin throwers, including medal prospects Neeraj Chopra and Shivpal Singh, along with their coaches, were to travel to South Africa in March. However, the South African variant of the coronavirus made it a trip fraught with risk.

Finland was the next destination of choice for them but visas were not issued to Indians. The Czech Republic too didn’t issue visas despite the president of the country’s athletics association issuing a letter for India’s javelin throwers and runners.

Turkey was a possibility at one point. “But it won’t be very helpful in terms of athletes travelling for competitions because Turkey is not a Schengen visa (country). That is the problem,” Sumariwalla said.

Athletes in Patiala will have to stay put at NIS in the peak of summer instead of travelling to other training centres within India with moderate temperatures. “Moving them could be disastrous with the way the virus is spreading. If we move them to Bangalore or anywhere else, it could be a very high risk for them. How do we create a bubble and move them?” Sumariwalla said. “Athletes have to be innovative, maybe train very early in the morning or at night to avoid the summer heat.” For the table tennis players, even travelling within India is starting to be a problem. Sharath Kamal and Manika, who have an outside chance of a medal in mixed doubles, are hoping to have five or six days of ‘good practice’ every month. But shuttling between Chennai and Pune, their respective bases, is not proving to be easy.

“Initially the plan was for me to go to Pune, but with Maharashtra being in a bad condition she (Manika) decided to come down. We were just discussing when I can go there, and when we can have the next set of training sessions,” Kamal said during a SAI-facilitated press conference.

The 38-year-old will be playing in his fourth Olympics, having made his debut at the Athens Games in 2004. This is the most confident he’s felt going into an Olympics.

But the second wave has complicated preparations. “We don’t know how much of this will affect us at the Olympics. These distractions, the negativity with everything around,” he said. “It’s not the way we generally prepare for other Olympics. But we will have to find a solution where we are still able to focus on our performance at Tokyo and work towards it.”