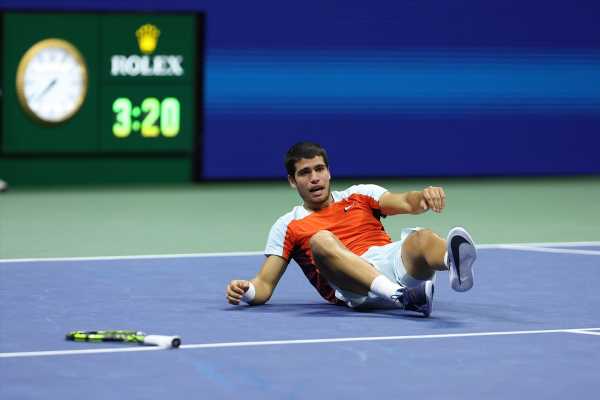 Spanish teenager Carlos Alcaraz beat Norway’s Casper Ruud 6-4, 2-6, 7-6(1), 6-3 in the men’s singles final at the US Open on Sunday to win his maiden Grand Slam title and rise to world number one for the first time.

Alcaraz, 19, fell to his back and cupped his hands to his face, rolling over before jumping up to offer a hug at the net to Ruud.

The electrifying Alcaraz, who thrilled fans over the two-week tournament in New York with his acrobatic shot-making, youthful vigour and late-night finishes, replaced Russian Daniil Medvedev at the top of the rankings.

Alcaraz is the youngest-ever world number one since ATP rankings began in 1973.