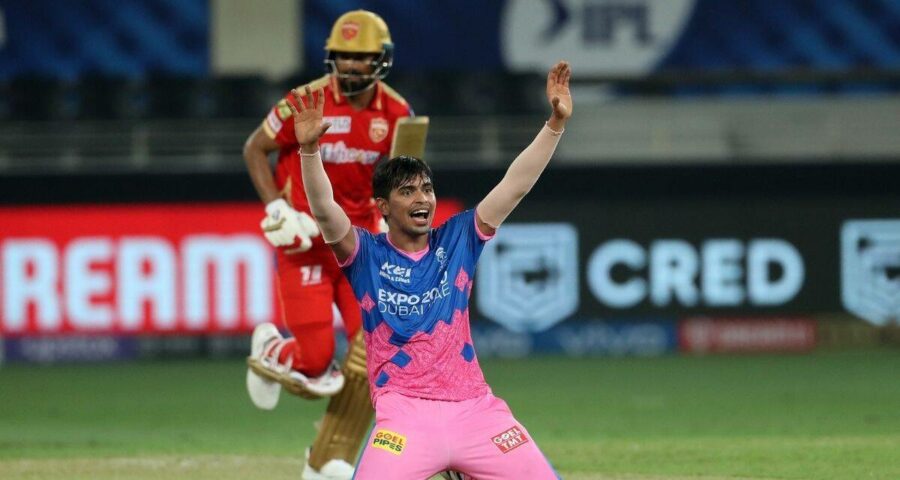 With Punjab needing 4 off 6, young pacer concedes just one, scalps two to give Rajasthan an unlikely win 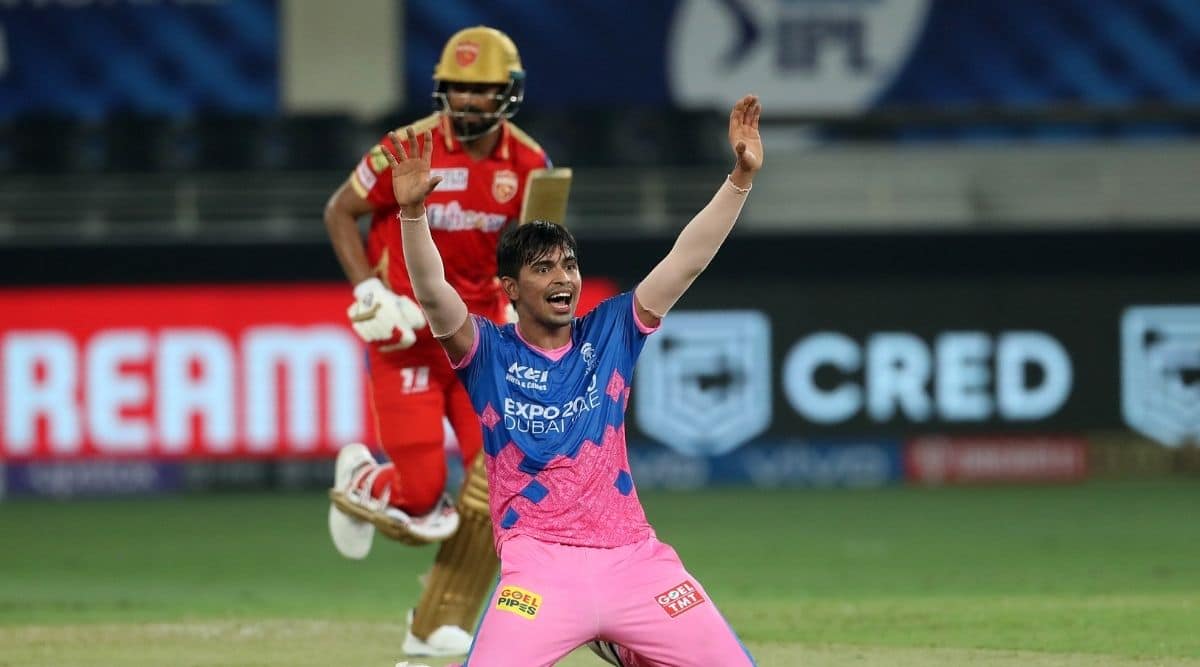 It needed six quality deliveries in the last over to salvage a cause which seemed lost for almost the whole of the previous 19 overs. Kartik Tyagi took the ball for the final over with Punjab Kings needing four to win with eight wickets in hand. Post-mortems for another lacklustre Rajasthan Royals display had started much before that.

But the 20-year-old from Hapur had not read the script. With nerves of steel, he proceeded to engineer one of the great escapes in Indian Premier League history as Royals scraped home by two runs despite looking distant second for almost the whole run-chase.

Punjab Kings needed eight to win from the last two overs. Mustafizur Rahman ensured Tyagi had something to defend in the 20th over, giving away only four. Nicholas Pooran and Aiden Markram didn’t take any chances as they rightly thought that sensible batting will get them through.

Tyagi’s previous three overs had gone for 28. Though he displayed undeniable promise and talent, the task was thought to be too much for him on a night when Royals’ marquee signing Chris Morris went for 47 runs in his four overs. But the Uttar Pradesh lad showed he is one for the crunch. Markram didn’t get hold of a full toss first ball, finding the fielder at short cover. A single to fine leg ensued next ball. Then came the game-changing moment when Pooran edged behind trying to find the third-man boundary. New man Deepak Hooda walked across his stumps but failed to connect, before being caught behind. It left Fabian Allen to get three off the final ball, but his bat met fresh air as Tyagi delivered a perfect yorker.

Superb death bowling had earlier given Punjab Kings a chance before Rajasthan Royals almost gift-wrapped the game away with some shoddy fielding, wayward bowling and inexplicable captaincy.

In the field and with ball in hand, Royals had a nightmare. They had three opportunities to get an early breakthrough. Three times, they spurned them. The three offerings grassed were regulation chances at the high level. Evin Lewis, Riyan Parag and Chetan Sakariya got two hands to them before grassing them. It gave KL Rahul and Mayank Agarwal all the encouragement they needed to make the tough-looking target a cakewalk.
Sanju Samson’s captaincy and decisions were also baffling. When the situation demanded that one of the frontline bowlers be in operation, he employed part-time spinner Riyan Parag who was taken to the cleaners.

Arshdeep Singh had made heads turns since he came into the Punjab Kings side. Bowling the difficult overs – whether in the Powerplay, middle of the innings or the death – the left-arm seamer seemed up for every challenge. He is not blessed with express pace, but has the skills to execute his yorkers, slower balls and other variations.

It remains a mystery why skipper Rahul waited till the sixth over to get Arshdeep on. The left-armer promptly got the breakthrough with a pace-off delivery. It was a bit of a trend throughout the innings – whenever the innings seem to be getting into orbit, he would bring them down to earth. Liam Livingstone and Mahipal Lomror threatened to take the game away, but perished trying to hit Arshdeep out of the ground. And the tail had little answer when he came to finish the innings off. Figures of 5/32 when he was the fourth bowler brought on just shows what his team would have been chasing without his stellar contribution.
Rahul employed spinners for eight overs which went for as many as 89 runs, bringing just a solitary wicket. In contrast, Arshdeep, Shami (3/21) and Ishan Porel (1/39) got the other nine wickets for 92 in 12 overs. It shows where the damage was done.

Yashasvi Jaiswal was often like a deer caught in the headlights when he played in the IPL earlier. The enforced break may have done the opener some good. Jaiswal seems to have added an aggressive streak to his game. He announced his intentions in the first over bowled by Mohammed Shami.
After a play-and-miss on an attempted cut shot, he found his range for a boundary off a similar shot. And when the star India seamer attacked the body with a short one, Jaiswal didn’t take a backward step, going up and over square-leg for another four.

Adil Rashid, making his IPL debut, was the other pedigreed bowler in the Punjab Kings line-up, but there was not much respect shown. A reverse-swept four and a hit straight down the ground showed his class. But Jaiswal got out off a leading edge looking for a single to get to 50. It resulted in Royals leaving a few runs out there as after Lomror (43 off 17 balls), their lower-middle order rather faded away.