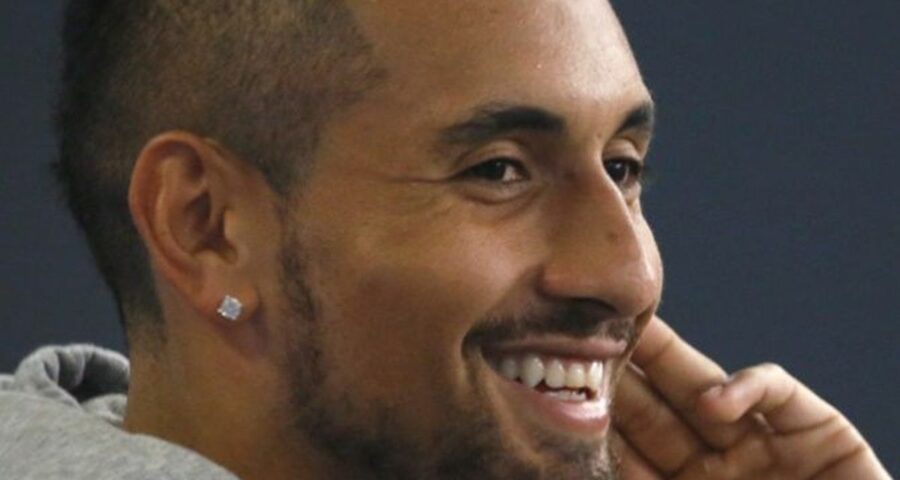 Nick Kyrgios did not miss tennis or most of his fellow players during his year away from the game, the 25-year-old maverick said ahead of his return to action at an Australian Open warm-up event next week.

The outspoken Australian will take on Frenchman Alexandre Muller in the opening round of the Murray River Open on Monday in what would be his first competitive match in a year.

“I’m not going to lie. I didn’t miss the game that much,” Kyrgios said on Saturday.

“I’m a competitor. I compete with everything I do. I was playing computer games, that kind of stuff, getting my little competitive edge there. I didn’t really miss the game at all.”

Kyrgios said he did not even touch a tennis racquet for the first four-five months as he wanted to get away from the game.

“I don’t miss too many people on tour to be honest, apart from all the Australian guys and a couple of good friends.”

He criticised world number one Novak Djokovic earlier this month after the Serbian had asked the Australian Open organisers to ease quarantine restrictions for players.

Kyrgios said he was lucky to have spent a “crazy year” with his family and friends before resuming training with compatriot Jordan Thompson.

“I feel like I am playing well and am ready to go. Everyone is really playing it by ear. Nobody really knows who is in form and who is not.

“I’m going to take it day by day and try to enjoy myself as much as I can.”

No complaints but quarantine differentials were a mistake: Zverev

Alexander Zverev has no complaints about being forced into quarantine ahead of the Australian Open but believes allowing top players like Novak Djokovic and Rafael Nadal more salubrious isolation conditions was a mistake, the German said on Saturday.

A select group of players, also including Serena Williams, Naomi Osaka and Dominic Thiem, enjoyed stays in higher-end Adelaide hotels for their obligatory 14 days of isolation than the rest of the players sequestered in more modest Melbourne hotels.

Zverev said repeatedly that he thought Tennis Australia had done a great job in difficult circumstances in all but this one regard.

“I think maybe the only real mistake that there was was the the Adeliade thing for top players,” the world number seven told a news conference at Melbourne Park.

“We have to understand that Australia doesn’t have any COVID cases at all except for us tennis players and … we shouldn’t complain too much about the circumstances.”

Zverev, who reached the semi-finals at Melbourne Park last year, said he did not think the better quarantine conditions would be a factor when the Grand Slam gets underway on Oct. 8.

“It’s tough to beat Novak, Dominic and Rafa anyways so that doesn’t change,” he laughed.

Zverev will get a chance to get some match fitness when he spearheads the German challenge in the ATP Cup, which starts on Tuesday.

The 23-year-old also addressed his recent split with coach David Ferrer, explaining that the Spaniard was not prepared to endure the long periods of quarantine away from his family necessary to travel on the circuit.

“At the time I was very surprised with the decision in a way, but I need to respect the reasons,” said Zverev, who is being coached by his father and brother Mischa.

“I don’t think it makes sense for me to look for anyone new during COVID-19 either. I think we left everything open with David.

“I think with my dad and with my brother more involved now … I have a great coaching team. I think I can win big tournaments with that coaching staff that I have.”