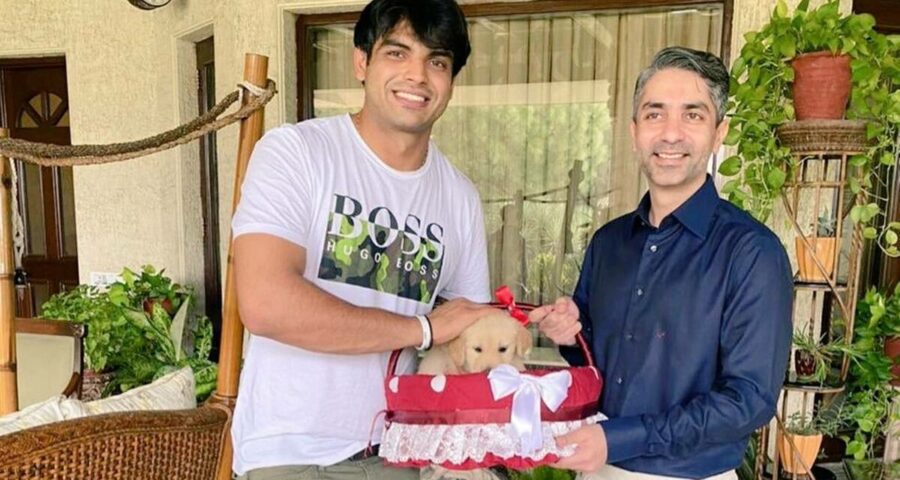 Abhinav Bindra gifted Neeraj Chopra a Golden Retriever pup, aptly named Tokyo, and also wished him for the next Olympics. Sources said that Chopra was busy since August 7 last month, when he won the gold medal in the javelin throw event of the Tokyo Olympics, and could finally make time to meet Bindra on Wednesday. Bindra gifted Chopra a Golden Retriever pup, aptly named Tokyo, and also wished him for the next Olympics furing his. “Was a pleasure to meet and interact with India’s golden man @neeraj_chopra1 ! I hope that “Tokyo” will be a supportive friend and motivate you to get a sibling named Paris for him in 2024!,” Bindra tweeted along with a picture of him gifting “Tokyo” to Neeraj on Wednesday afternoon.

Chopra, who has more than six lakh followers on the micro blogging website, tweeted. Chopra also shared a picture of him holding the pup in his hands while sitting on the floor of the drawing room of Bindra’s home and playing with his new pet.